It was expected to be one of the biggest video game launches of the year, but now Crysis Remastered has had its release date postponed by several weeks due to fan backlash over the game’s release trailer, as was recently reported on The Verge.

It all began earlier this week when the game’s trailer was leaked on YouTube, and immediately drew negative reactions from fans.

You see, while the original Crysis (which came out back in 2007) was a head turner and way ahead of its time graphically speaking, the graphics seen in the trailer were not noticeably better than that of the original game, but according to some fans not even up to the same standard.

Actually, comparisons done on forum websites such as Resetera (via dsogaming.com) point to the remaster’s graphics as looking less natural than those of the original game, while the remaster also possesses an oversaturated, more colorful look that makes it appear more like Far Cry 3 than the original Crysis. 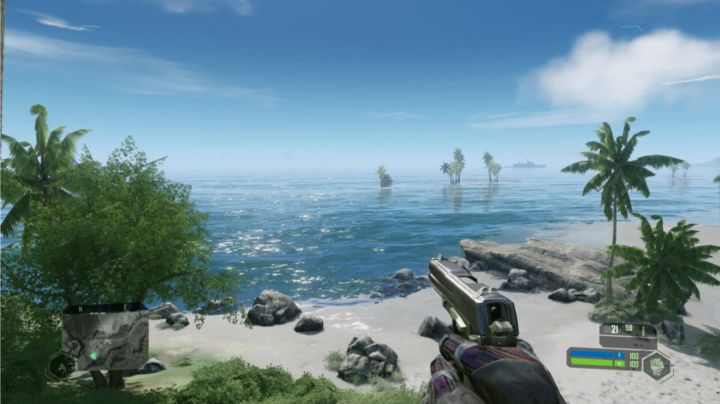 Of course, aside from PC, the game is also coming out on PS4, Xbox One and Nintendo Switch. And taking into account that the Switch is by the far the less powerful system of the three, it makes sense that Crysis Remastered won’t be looking so good on Nintendo’s console, even if the footage we saw in the leaked trailer was indeed captured on PC.

Anyway, Crytek is now delaying the game for several weeks so it will miss its projected launch date of July 23, but it should still arrive sometime this summer. And Crytek’s statement to fans is encouraging, with the company saying that the “extra time until release will allow us to get Crysis Remastered up to the PC and console-breaking standard you’ve come to expect from Crysis games”, so hopefully Crysis Remastered will be able to melt cutting edge PCs like the original did back in 2007 when it finally lands this year.

Read more: Crysis Remastered is heading to PC and consoles this summer

→
Next: Super Nintendo World’s opening delayed as new video shows what to expect from the park