Although PC gamers were elated when Microsoft announced that Quantum Break, the action video game and TV show hybrid, would be released on PC as well as on the Xbox One, some console owners were disgruntled that the game would not only be an Xbox One exclusive but rather a “multiplatform” game.

And with Microsoft’s recent confirmation that Gears of War 4 would also be released for Windows 10 PCs as well as on the Xbox One (and so would Halo 6), and Microsoft’s vice president Yusuf Medhi words stating that all new Microsoft Studios games would be available on the Windows Store, it seemed clear that the age of the Xbox One exclusive was coming to an end.

This is all part of Microsoft’s “Play Anywhere” strategy, by which gamers can get a video game like Gears of War 4 for the Xbox One and get the PC version for free too, being possible to play on either platform with players’ progress and achievements being saved between sessions. By the looks of it, Microsoft is trying to bring the PC and Xbox One gaming ecosystems closer together and apparently does not care whether people play on Xbox One or a Windows 10 PC, as Microsoft has direct control over both platforms.

But is this a good strategy for the Redmond giant or not? First impressions certainly suggest that depriving the Xbox One of any “true” exclusives is a big mistake. Because a key deciding factor when picking up a console is the quality of its exclusive games, and clearly the Xbox One’s main rival the PS4 has a solid library of games that can’t be played anywhere else, suc has Uncharted 4, Bloodborne and the Journey remaster, amongst others. 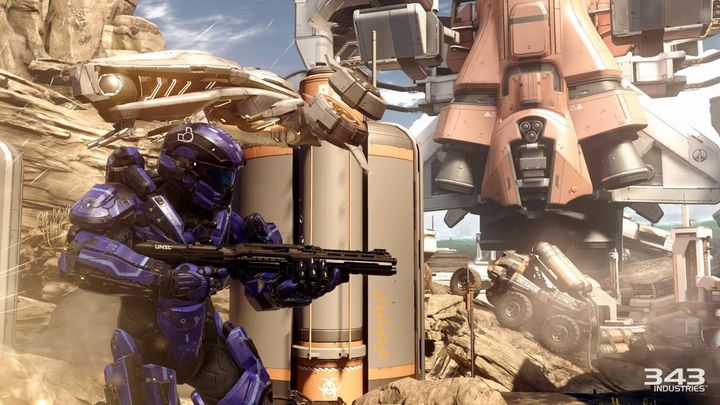 The great Halo 5: Guardians is now one of the last true Xbox One exclusives we’ll ever see, as Halo 6 will also be coming to PC.

Now that the likes of Gears of War 4 and Halo 6 will arrive on PC though, and the pretty good Quantum Break can be enjoyed on a Windows 10 machine too, will those on the lookout for a new console find the Xbox One as appealing as before? Not in my view, and as others have pointed out it seems Microsoft’s move of bringing its top-selling franchises to PC basically send the message that the best gaming setup would be a PS4 plus a capable gaming PC, foregoing the Xbox One console.

Of course, not everyone can afford a gaming PC or has the time and patience to maintain it, and brand loyalty will always make some go for the Xbox One over the PS4. But when you know that PC gamers will also be playing the likes of Gears of War 4 (which might even run and look better on PC), there’s less incentive to plump for Microsoft’s console right now.

Although perhaps Microsoft sees PC gaming becoming dominant in the future, with consoles taking second place, and is willing to sacrifice the dream of the Xbox One catching up with the PS4 when it comes to sales in order to make Windows and PC gaming an attractive gaming proposition for everyone again.

It remains to be seen if this strategy will bear fruit though, and whether the lack of true Xbox One exclusives will make gamers flock to Sony’s PS4 instead, but if one thing is clear is that things are about to become interesting this console generation.

→
Next: Overwatch pays homage to real-life hero with Easter egg