Of course, those who are not new to Bioware’s games know that sex has long featured in the Canadian company’s games, with the original Mass Effect being one of the first to include full sex scenes back in the day.

Actually, Mass Effect was at the centre of controversy in 2008, when Fox reported the game featured “full digital nudity and sex” and that the player could engage in “graphic sex” in the game. This obviously wasn’t the case, though, and it’s clear that Fox overreacted in their coverage of Mass Effect, but this was also one of the first times that video game sex drew so much media attention.

Other top games like The Witcher 3 have also featured sex scenes and romance, though, but the key question here is whether this sort of thing is actually necessary in a video game or not. 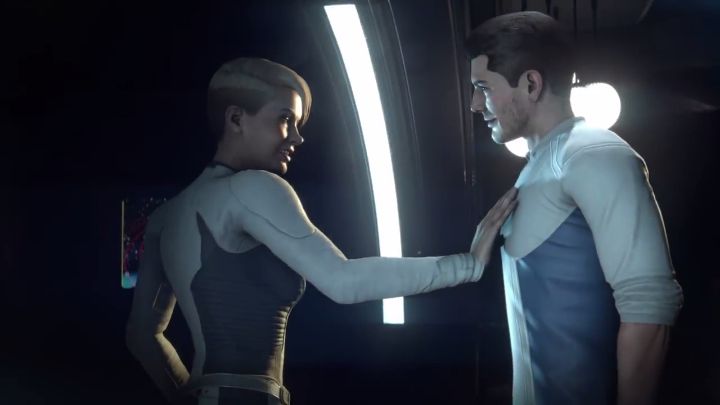 Like its predecessors, Mass Effect Andromeda will feature sex scenes… But will these actually add anything to the game?

And the truth is that yes, romance options and intimate scenes in video games can serve a purpose as they can help flesh out character relationships, especially in a complex role-playing game like Mass Effect Andromeda. Actually, Bioware’s earlier game Dragon Age: Inquisition had no shortage of romance options, and pursuing relationships in the game sure helped Bioware’s previous game be more interesting and rewarding as a whole, likely making players more personally invested in the game’s story.

So here’s hoping, then, that Mass Effect Andromeda’s romance options and sex scenes are not just filler or exist to be a selling point for Bioware’s upcoming space epic, but that they actually add to the experience of playing what could end up becoming one of this year’s top video game hits no doubt.

→
Next: Here are Middle-earth: Shadow of War’s PC system requirements