If one thing is clear, is that Far Cry 5 is one game that many are anxiously looking forward to. After all, this is the latest entry in the long-running Far Cry franchise, a first-person shooter series that shows no sign of slowing down despite the fact that the latest instalment (2016’s Far Cry Primal) wasn’t exactly the bee’s knees as many had hoped.

And creative director Dan Hay recently spoke about the game in an interview with gaming outlet GameSpot, discussing some of the new features we can expect to find in this latest instalment of the Far Cry series.

One interesting thing is that the game’s map will be divided into different regions in this Far Cry game, each under the command of one of The Father’s lieutenants. The Father is Far Cry 5’s main antagonist, a religious fanatic named Joseph Seed who’s planning to take over the quiet Hope County in Montana.

In order to get to him, you’ll have to defeat his siblings first, and it’s possible to tackle each region independently with things playing out differently depending on how you decide to free Hope County from The Father’s clutches, while the local population in each not necessarily being aware of what’s going on in the other regions.

“I like the idea of meeting characters in the world that don’t really have a clue what’s going on, and they’re only aware of what’s going on in terms of what they can see in front of them. They can be speaking based on what’s going on in the north, but they don’t know or they’re hearing something else that’s going down in the south”, said Hay. “And yes, you’ll have the opportunity to jump between regions controlled by the cult. You can go and meet John, and do everything in John’s area. At any time, you can head up to Jacob and Faith’s region”, added Ubisoft’s creative director.

Also, Hay commented on how his team came up with Boomer the dog as a result of their experience with Far Cry Primal and its “Beast Master” quests. In case you don’t know, Boomer will be your canine companion in Far Cry 5, one of the characters who can support you in the fight to free Hope County from Joseph Seed’s cult. Others include pilot Nick Rye and bartender Mary May, and also priest Jerome Jeffries, a man who lost his flock to the cult. 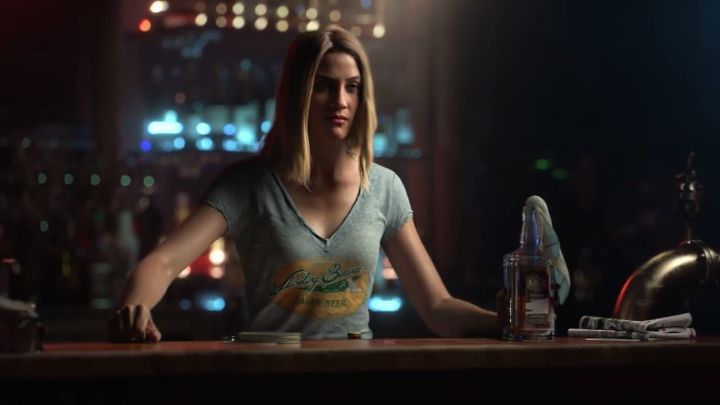 Mary May is one of the resistance fighters standing up to Joseph Seed’s cult in Far Cry 5.

Of course, while it’s likely the first-person shooting action in Far Cry will be great, the game will not only be about blasting enemies to kingdom come with an arsenal of guns, and exploring and enjoying the lush Montana scenery will also be part of the experience.

“When you spend time in the States, there’s something magical about getting inside a muscle car and just driving down the road. You feel like a badass. Something as simple as that or getting into a cult vehicle and hearing the sounds of the station that they play and all the hymns that are playing. It’s just something about making the world believable”, said the Ubisoft man.

This exploration aspect of the game will hopefully be great, and if Far Cry 5’s Montana turns out to be as interesting as Far Cry 3’s Pacific islands of Far Cry 4’s Himalayan country of Kyrat, simply wandering through the map in Ubisoft’s upcoming could be a fantastic experience too. Regarding the game’s vehicles, aside from the muscle cars you’ll also be able to ride Far Cry’s usual assortment of vehicles including quad bike’s and speedboats, and even pilot planes and take part in dogfights too.

It remains to be seen though, whether Ubisoft’s upcoming shooter will be as good as Far Cry fans are hoping it will be, but here’s hoping Far Cry 5 does live up to the franchise’s best entries when it’s released in February next year.

→
Next: Batman: The Enemy Within continues next week with ‘Fractured Mask’ episode