Far Cry Primal, the latest action game released by French video game company Ubisoft, is a pretty solid affair by most accounts. The game takes players to the Stone Age 12,000 years ago, assuming the role of caveman Takkar in a deadly struggle to reunite his Wenja tribe while fighting rivals like the barbaric tribal warlord Udam (who happens to be a cannibal…)

The game does feature pretty good combat despite players only having access to Stone Age weaponry like clubs, spears and the bow. But being a “Beast Master”, Takkar can also summon animals to aid him in battle like a dire wolf and the deadly sabretooth tiger, perhaps the most fearsome predator of the Stone Age. Takkar also has his trusty owl at his disposal, which can be used to scout enemy camps, finding out the location of enemies before attacking outposts.

Also, there’s no doubt that the game’s land of Oros (based on Central Europe in the Stone Age) is truly beautiful, with lush green fields, waterfalls and towering trees. But it appears that a bird’s eye view of the map reveals that Far Cry Primal’s map is quite a bit similar to its predecessor’s (Far Cry 4), as gaming website gamepressure.com found out (see below). 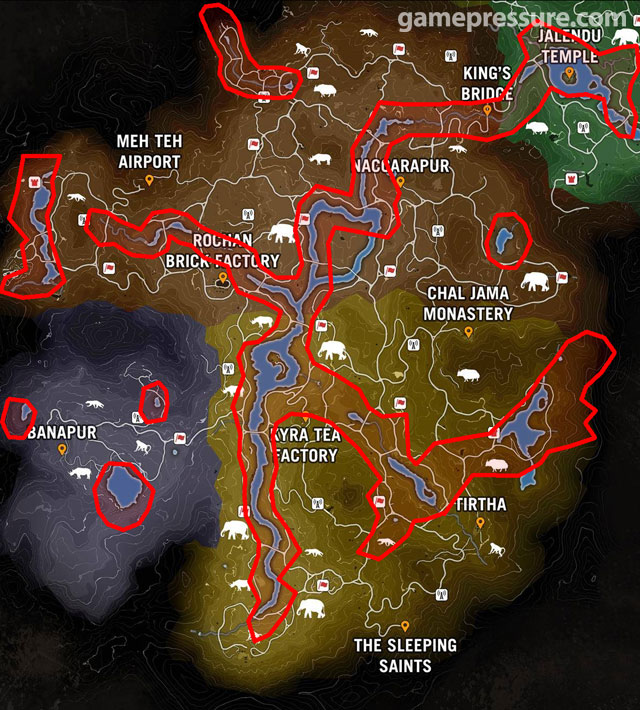 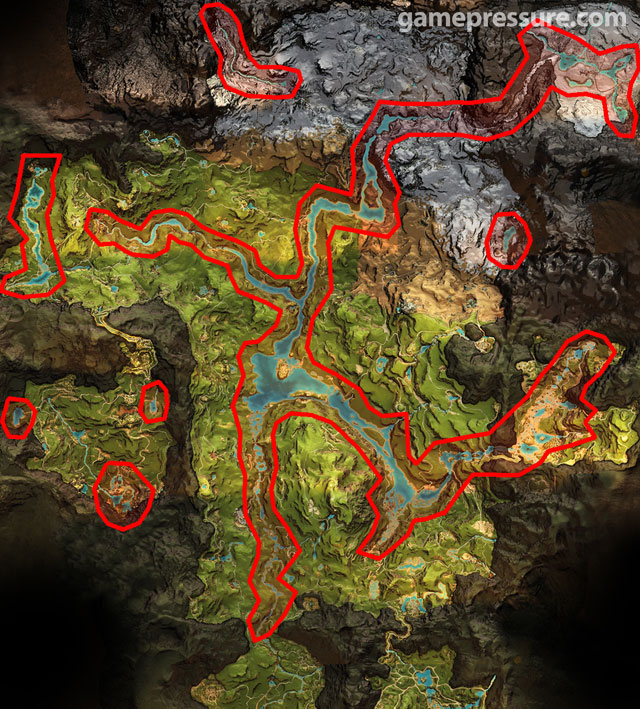 And looking at both maps it is clear that they are strikingly similar when it comes to the location and height of the land masses and the position of the rivers and lakes. And even if some may think that this is just a clever Easter egg and that Far Cry Primal actually takes place in the same geographical region as Far Cry 4 (but in the Stone Age), this is clearly not the case. Ubisoft has made it clear that Primal takes places in Central Europe, a geographical area far removed from Far Cry 4’s Himalayan setting.

Another thing of concern to Far Cry fans, though, is whether Primal was actually meant to be a full-priced game or just another spin-off like the pretty great Blood Dragon? If Ubisoft had reutilized so much of Far Cry 4’s map and gameplay, like the hunting, crafting and even the idea of having an animal companion (which featured in Far Cry 4’s Shangri-La missions), wouldn’t some think that the French company got greedy by releasing Primal as a full-priced title?

But the truth is that even if Primal recycles ideas, concepts and even Far Cry 4’s map, it is still a solid game with the length and breadth to rival most AAA games out there, and it is clear that Ubisoft took a risk by setting Primal in the Stone Age and doing away with modern weapons, which was a bold move on the French developer’s part.

But still, perhaps future games in the series will offer something new apart from the usual Far Cry gameplay of raiding outposts, hunting and crafting, which is no doubt wearing thin, even if Far Cry Primal is actually a pretty good game in its own right.

→
Next: Hitman Season Premiere Trailer Shows Agent 47 Will Be Travelling Around the World