Agent 47, as known as the Hitman, is clearly one of the most controversial characters in video games. That is because the man is more anti-hero than hero, as he is a hired killer working for an organization known as the International Contract Agency (ICA), taking on contracts and putting down high-profile targets in exotic locations throughout the world. And no matter how evil and immoral his targets might be, it is clear that Agent 47 is not a noble hero out to save the world.

But still, millions of gamers have been drawn to developer Io-Interactive’s Hitman games throughout the years due to their varied gameplay and breadth of possibilities offered when completing missions. And this new “Season Premiere” trailer for Io-Interactive’s upcoming Hitman reboot (which will be released on March 11) shows that players will have more options than ever for completing Agent 47’s assassination missions.

From resorting to the Hitman’s trusty silenced pistol, to taking down the target from a distance using a sniper rifle or even getting up close and personal with the hapless victim using a weapon like a knife, it seems players will have no shortage of options for carrying out their missions. Agent 47 will also have as many disguises available to him as in earlier games, and he’s seen in a soldier’s uniform, dressed as a priest and even posing as a model in the game’s Paris Sanguine Fashion Show in this trailer. 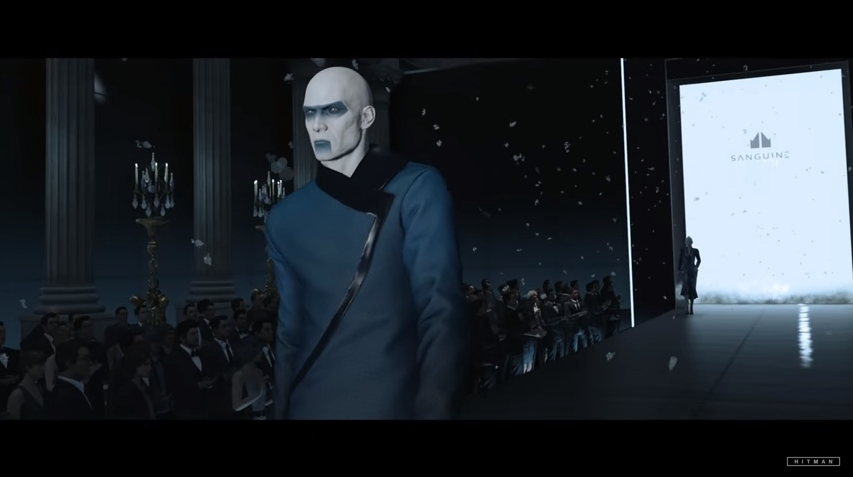 Agent 47 certainly has a talent for “blending in”.

And clearly no Hitman game would be complete without offering players a variety of life-like locations to visit, and it’s clear looking at the trailer that levels in this new Hitman game will be bigger than ever, allowing more varied approaches to complete missions and offering a great sense of scale too.

A novelty regarding this Hitman game is that it will be released in an episodic format, with each episode being set in a different geographical location. The first episode, which debuts on March 11, is set in Paris and also includes the prologue missions seen in the game’s promising open beta test. Future episodes will take Agent 47 to Northern Africa (Marrakesh) and the sunny Italian coastal town of Sapienza, with both locations being also previewed in the trailer. Later episodes will be set in the US, while the final episode takes place in Japan.

Developer Io-Interactive has also said that this will be an “evolving” game, and players will get additional content like new contracts over time. And it’s clear that splitting a AAA game like this one into seven episodes is a bold experiment, as few game developers aside from Telltale Games have meddled with the episodic format. And even if the Walking Dead video game was a massive hit, that was a narrative-focused title and not an action game like this upcoming Hitman reboot is.

But still, the Hitman’s international flavour, variety of locations and sandbox gameplay might lend itself well to the episodic format, and it would surely be great for fans of the series if this Hitman game turned out to be the best in the series since 2006’s classic Blood Money.