Even though no new Assassin’s Creed game will be releasing this year, it’s likely that Ubisoft is now busy at work on another instalment of the series. After all, 2018’s Assassin’s Creed Odyssey turned out to be a major success for the French video game company, and it’s clear that Assassin’s Creed is still one of its major franchises out there right now.

And earlier this year Ubi gave a hint about the time period when its next Assassin’s Creed game could be set – an image in its blockbuster game The Division 2 strongly suggests the next instalment in Ubisoft’s time-traveling series will take place during the Viking Age.

Of course, even though information about previous Assassin’s Creeds has come out through leaks in the past, everything in this leak should be taken with a pinch of salt.

Nonetheless, according to this supposed leak Ubisoft’s next game is codenamed Kingdom, but will ship with the name Assassin’s Creed Ragnarok in 2020. Also, this will be a cross-gen title like Assassin’s Creed IV: Black Flag was in 2013, meaning it will also come out for Sony’s and Microsoft’s next-gen consoles.

Another claim made in this leak though, is harder to believe. This is because the map in this next Assassin’s Creed will encompass the entirety of Norway, Great Britain, Finland, Denmark and Sweden according to the leaker. This seems rather big when compared to last year’s superb Assassin’s Creed Odyssey which covered the entirety of the Greek Islands, and would also dwarf other Assassin’s Creed games which have at most taken place in a couple of cities. Although admittedly 2013’s Black Flag did give players a sizeable chunk of the Caribbean to play in.

Creative director for Assassin’s Creed Ragnarok will supposedly be Ashraf Ismail – the man behind the great Assassin’s Creed Origins. If this is proven true then at least this upcoming Assassin’s Creed is definitely in good hands, plus the fact that Ubisoft’s talented Montreal studio is apparently behind the game is also a plus. And presumably the game will be getting a DLC in which players will get to visit the 9 realms which feature in Viking mythology, something to look forward to as well.

Also the fact that this next Assassin’s Creed will be de-emphasizing the ship combat featured in most of the series’ games since Black Flag is something to cherish – this is a series that’s better on land as far as I’m concerned.

Sadly, though, one thing that makes this recent leak less credible are the accompanying images such as the one below. These are very crude-looking indeed, and the fact that the image below uses graphical assets from Ubisoft’s 2014 game Assassin’s Creed Unity points to this being a fake as PC Gamer has pointed out. 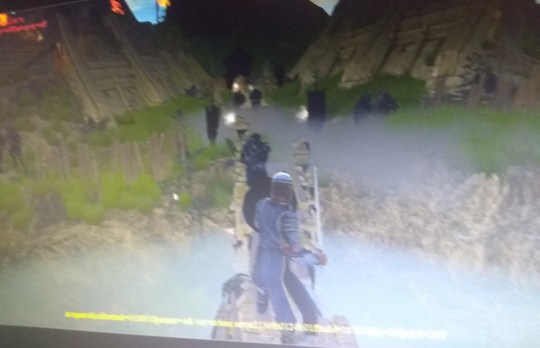 But still, there’s a possibility that this leak is genuine as others related to Ubisoft games have been in the past, and if so it looks like Assassin’s Creed Kingdom (or Assassin’s Creed Ragnarok if that proves to be the game’s launch title) could be Ubisoft’s most ambitious game yet. So it would be a great thing if more information regarding the game came our way sooner rather than later (an announcement and reveal at this year’s E3 show is not out of the question) so stay tuned to this website for more information on this next Assassin’s Creed as it becomes available.

→
Next: 150 employees of Riot Games walked out last week – here’s why