Season 8 of Fornite is coming to an end, and Epic continues to offer fresh weekly challenges to keep fans of its online multiplayer game on their toes, as this eight season of Fortnite enters its final week.

The free challenges corresponding to season 8, week 10 are the following: Launch through flaming hoops with a Cannon, Harvest Wood in a single match and Eliminate opponents at Tilted Towers or The Block.

The first challenge of the week if of the kind which hasn’t featured in Fortnite for a while. Only this time launching yourself from a cannon in the game will be necessary to complete it, something which fits well with this season’s pirate theme no doubt.

So, in order to complete this first challenge of the week, locating a cannon will be mandatory. Thankfully, there are plenty of these in the various pirate camps spread throughout the map, the location of which can be found here.

Flaming hoops can be found not far away from pirate camps, the map below shows locations where I found flaming hoops in the game. 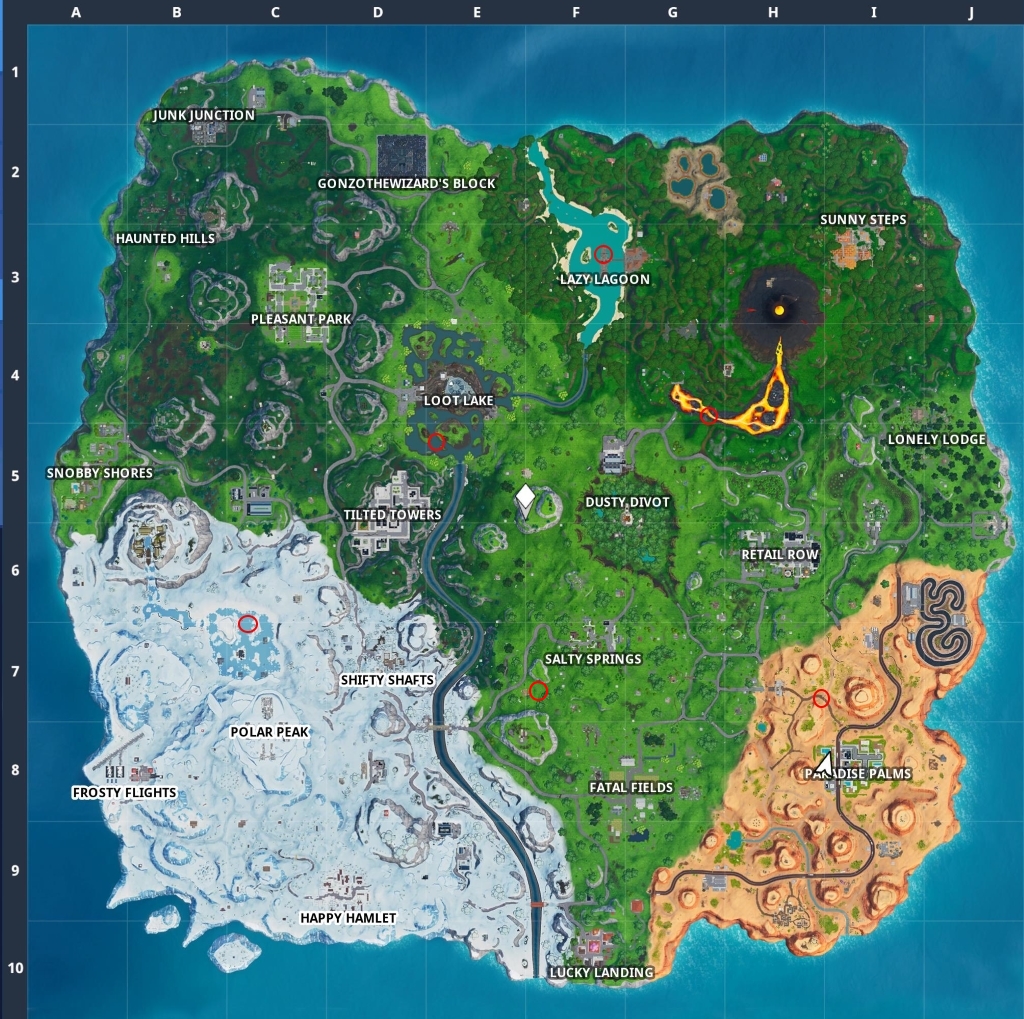 ADVERTISEMENT
Once you’re in a pirate camp, find the most convenient cannon to use (this depends on the location of the flaming hoop relative to the camp), and steer it in the general direction of the hoop (you may have to tear down a wall or two with your pickaxe to make aiming easier).

After this get inside the cannon (by pressing the use button when pointing at the cannon’s mouth) and aim at the hoop, taking into account that gravity will be your worst enemy here… Actually, you need to aim quite a bit higher than the hoop itself in order to make it through, something which may take you more than one attempt. 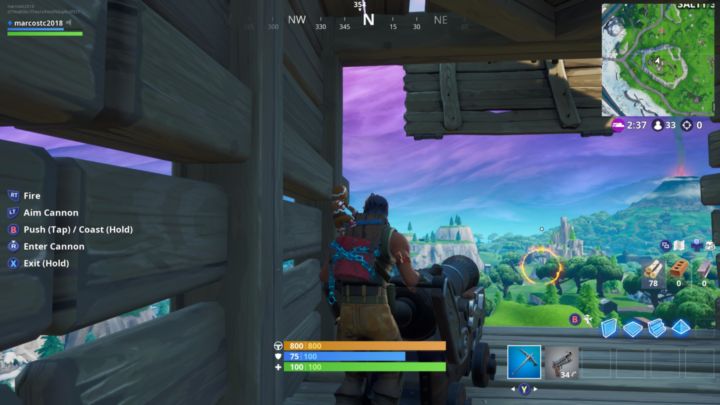 Once you launch through a flaming hoop, it will disappear from the game and you’ll have to locate another in order to continue with the challenge, which requires that you make it through 3 flaming hoops to complete it.

If you’re playing solo Battle Royale, bear in mind quite a few people will be landing at pirate camps in order to compete this challenge, especially if these happen to be in the path of the bus. However, if you happen to encounter a pirate camp at which no other player has landed and have the place to yourself you can take advantage of this in order to launch through a nearby flaming hoop, but you’ll have to do this quickly as other players could be roaming around looking for a quick kill… Another possibility is to play a team-based mode such as Team Rumble, as you’ll have more time to perform the process if you locate a pirate camp on your team’s side of the map (beware the storm though…). 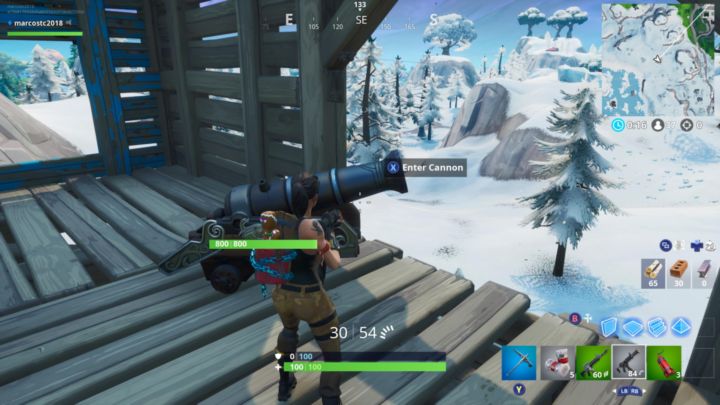 The second free challenge of the week involves harvesting materials, and has three stages. Harvesting materials is something you’ve likely done to death already if you’ve been playing Fortnite for some time, as materials are necessary to build structures such as walls and ramps needed for defence and to get a height advantage over opposing players.

The first stage of the challenge involves harvesting 500 wood, so hack away with your pickaxe at any trees or any other structures made of wood you find during a match in order to harvest the amount needed. The second stage involves harvesting 400 stone, which can be obtained by hacking away at buildings in named locations such as Paradise Palms, near which there is also plenty of stone lying around for you to harvest. 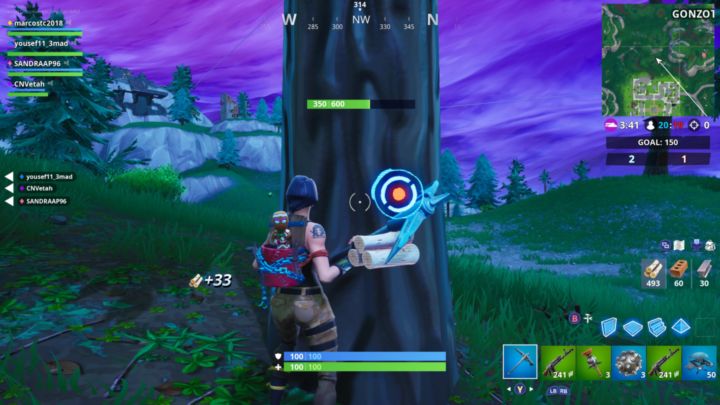 The final stage of the challenge involves harvesting 300 metal. There are metallic structures on Fortnite’s map such as cars lying around, which you can bash with your pickaxe to collect the metal needed to finish this challenge (bear in mind that tearing cars apart will turn on an alarm, alerting opponents to your location). Also, fences around the excavation sites which have popped up on Fortnite’s map this season and vehicles such as flatbeds are great to obtain metal from too, plus other items such as washing machines inside buildings can be bashed with your pickaxe to harvest metal as well.

Each stage of this challenge must be done in different matches, so it may be easier to play a mode such as Team Rumble – that way if you’re killed you’ll respawn and be able to continue your mining until you complete the current stage of the challenge. Also, bear in mind that once you reach a checkpoint (for instance, 76 metal mined in stage three) you’ll be able to use the mined resource to build structures – so don’t be afraid to use the metal to throw up a panic wall if needed, as it’s already been counted towards the completion of the current stage. 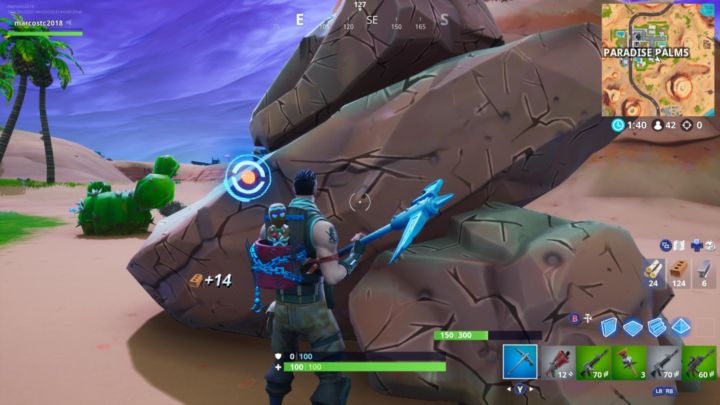 The third free challenge of the week involves eliminating opponents at Tilted Towers or The Block. If you’re new to the game, know that the latter can be found in the northern tip of the map east of Junk Junction, while Tilted Towers can be found to the south, below Loot Lake.

As usual, it’s easier to complete a challenge like this when playing Team Rumble, especially if the action centres at either of these two locations. Then it’s just a matter of catching players unaware (by approaching from the back for instance, or shooting from a distance with a weapon such as the snipe rifle).

Also, this could be one of the last opportunities to enjoy some action at Tilted Towers – this location will likely be disappearing soon (presumably as a result of a volcano eruption) – so here’s one last chance to enjoy the skirmishes and sniping of others from the top of buildings which this location allows.

That’s all for this week’s challenges then, which are the last of the current season. And here’s hoping that Epic does offer more interesting challenges for the next season when it kicks off in a couple of weeks.