Fortnite had more players than any other multiplayer online game in 2018, and this trend looks set to continue in 2019, especially now that a new season kicked off last week. Also, the game’s weekly challenges have kept players engaged for some time now, with Epic having recently revealed the challenges corresponding to week 2 of the current season.

The free challenges corresponding to season 8, week 2 are the following: Land at The Block, Deal damage to descending Supply Drops and Eliminations at Salty Springs or Haunted Hills.

The first challenge has 5 stages, each requiring that you land at a different named location. After you’ve landed at The Block, you’ve got to land at Dusty Divot, afterwards at Polar Peak, then at Snobby Shores, and finally at Paradise Palms. You can do this in different matches, after you are eliminated in the game (or have won a victory if you’re one of the expert players out there).

These locations are not hard to find on Fortnite’s map, just exit the bus as close as possible to any of these, and skydive or glide down until you land at the named location in question in order to complete the current stage of this challenge. To make things easier, I’ve marked all the locations you’ve got to land at on the map below. 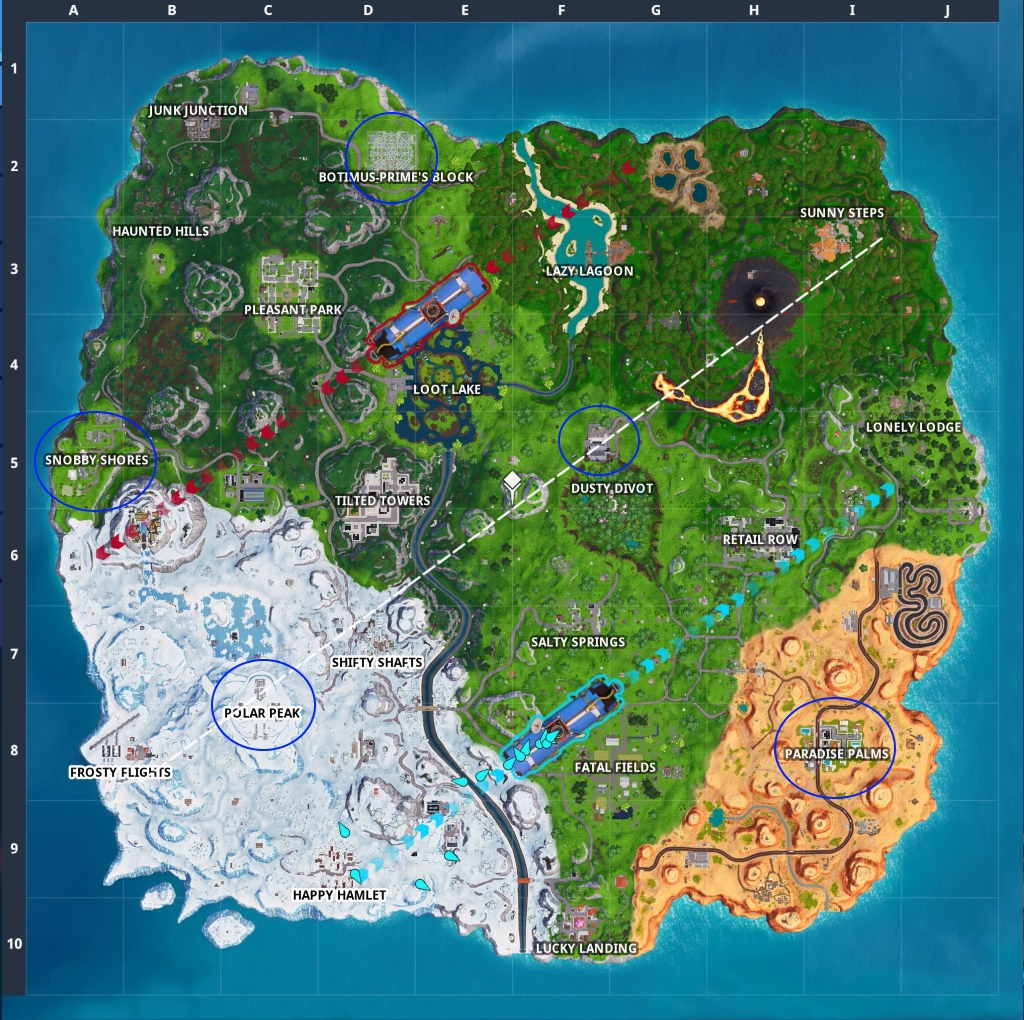 ADVERTISEMENT
The second challenge involves dealing damage to Supply Drops as they float down to the ground. These are boxes containing a bunch of goodies such as weapons or shield potions, and which occasionally drop down on Fortnite’s map. You know Supply Drops are coming down when these icons show up on the map: 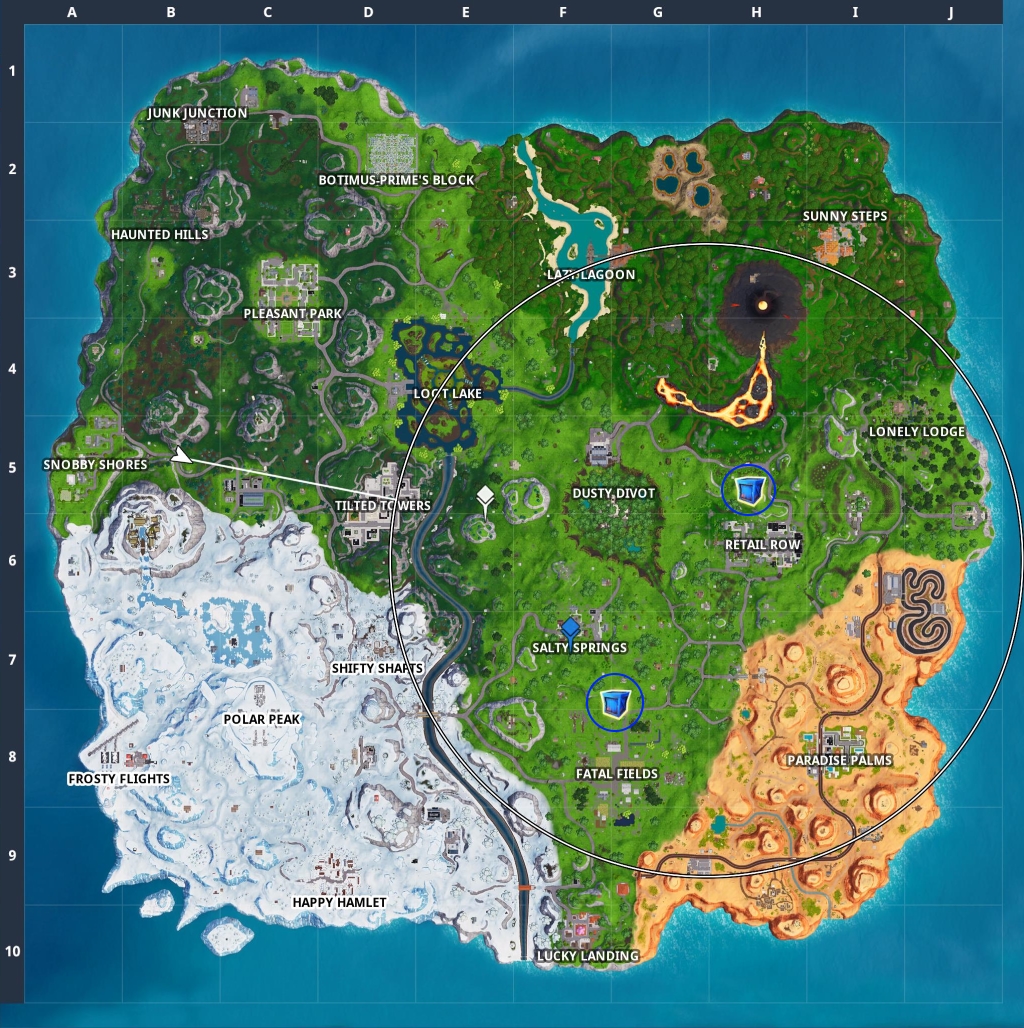 Then it’s just a matter of travelling quickly to this location (placing a map marker at the Supply Drop’s location might help) in order to shoot at the box while it still is in the air. Damaging it while on the ground won’t help you complete this challenge I’m afraid. 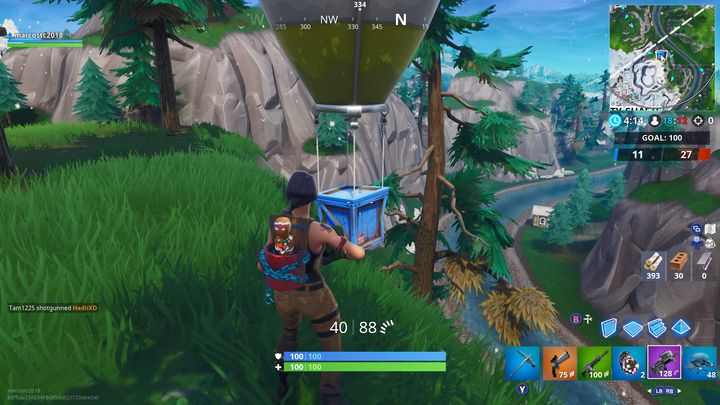 The third and final free challenge of the week involves eliminations like others before it. The only detail is that you’ve got to do this at either of the following named locations: Salty Springs or Haunted Hills.

As usual, choosing a mode such as Team Rumble instead of playing Battle Royale solo will help complete this challenge, as you will respawn with all your equipment intact if you’re eliminated, and the fact that the storm closes faster and that many players are concentrated in a small area will make it easier for you to score the necessary (3) eliminations. If you’re very new to Fortnite, bear in mind that you can change game modes while in the Lobby (press the Use button to do this – the X button if you’re playing on Xbox One or the Square button if you’re on PS4 will do the trick here).

This is another good set of Fortnite challenges, then, although admittedly those who’ve been playing the game for quite some time might be starting to find these familiar, so hopefully Epic will come up with a few surprising and original challenges in the weeks to come for Fortnite players to enjoy.