If one thing is clear, is that Black Mesa has become famous amongst some gamers due to its delays. Actually, what started in 2004 as a fan-made remake of video game classic Half-Life did not see a release until late 2012. And during its long and arduous development time many referred to the project as “vapourware”, and never expected it to be released.

Black Mesa eventually came out, though, silencing its critics as it turned out to be a wonderful remake of the original Half-Life game. And it arguably offered an even better experience than Valve’s original 1998 first-person action masterpiece, which is certainly no mean feat.

It initially was available for free on the developer’s website but has since landed on Steam Early Access with several improvements. But one thing has been missing to this date, and that is the final portion of the game. You see, Black Mesa ends just as protagonist Gordon Freeman enters a portal in order to travel to Xen – the dimension from where the aliens which were causing havoc in the game’s Black Mesa installation came from.

These levels were undoubtedly the weakest part of Valve’s original Half-Life game, and clearly something of a disappointment after all the exciting shooting action that preceded them. The team behind Black Mesa, though, had vowed to add a new lease of life to Xen, and make it as worthy as the rest of the game, stating that the Xen portion of the game would become available in summer 2017.

This missing part of the game was later postponed to December 2017, and now it seems that those eager to play the Xen levels in Black Mesa will have to wait a little longer.

“We are truly sorry for getting everyone’s hopes up and then delaying… again. We worked very hard to make December, but we are not yet ready. As a team, we take FULL responsibility for that. We have an internal deadline we are confident in, and we will be getting everyone more details as we get closer to that date”, wrote the developer on Black Mesa’s Steam blog.

However, the Black Mesa devs also plan to make up for fans by releasing a major update this December, which amongst other things features a series of graphical improvements like lens flare, dynamic lights and “4 way texture blends” which hopefully will make the game look quite a bit nicer. 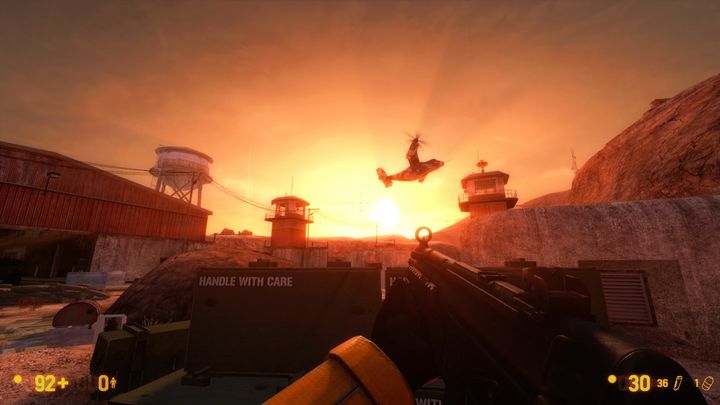 Black Mesa’s Xen levels are not coming this December, but at least a big update adding new graphical effects like god rays (as shown in the image above) will be releasing soon.

So those waiting for Black Mesa to leave Early Access and become available to buy as a full game on Steam still have to wait a little longer then, but here’s hoping the new Xen levels are as good as the rest of the game when they are finally released at a future date.

→
Next: Civilization 6 to get a new expansion titled ‘Rise and Fall’