There is no doubt that Half-Life is one of the most important video games ever made, and influenced almost every single first-person shooter that came after it. This was due to its fantastic atmosphere, story and realism, plus its protagonist Gordon Freeman is one of the most iconic characters in gaming.

But since Half-Life was released in 1998 it’s obviously looking rather dated these days, and even developer Valve’s more recent Half-Life 1: Source remastered edition of the game really doesn’t cut the mustard when it comes to graphics anymore.

Thankfully, though, a team of volunteers began work on Black Mesa back in 2007, a remake of the original Half-Life using a more modern graphics engine, which was finally released as a free mod for Half-Life 2 in 2012 after the project had been stuck in development hell for years and some had even labelled the game “vaporware” at some point.

The version of Black Mesa released in 2012 (and also the more recent and graphically updated version which is now available on Steam) was not complete though, as it was missing the final Xen levels seen in the original Half-Life, which take place on an alien world.

These were considered the weakest link of the original game by most back in the 90’s, so the team behind Black Mesa (Crowbar Collective) is looking to deliver a reimagined Xen section that’s as good as the earlier portions of the game. “We want our version of Xen to feel like it really belongs with the rest of the game in terms of mechanics, cohesion and progression”, said the developers in a recent forum post, while also adding that “we are first and foremost really committed to making sure that the gameplay works on every level”. 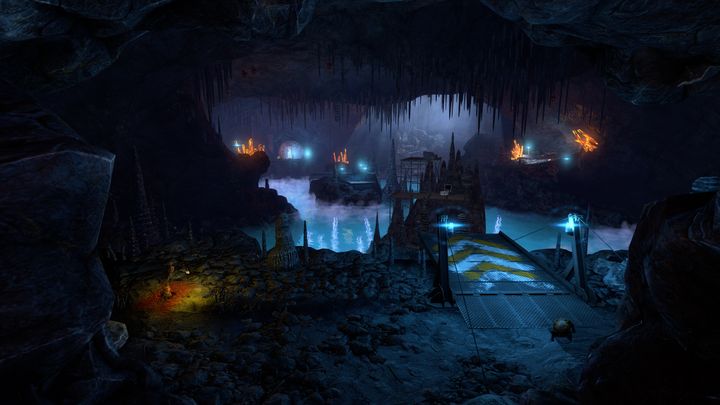 Crowbar Collective also shared the first image of the Xen gamers will see in Black Mesa (see above) which is expected to be done by summer next year. And this will certainly be good news for Half-Life fans who have been waiting in vain for Valve to announce Half-Life 3 and are looking for a similar gameplay experience, so hopefully the complete Black Mesa will be as great a gaming experience as earlier Half-Life games have been to date.

→
Next: Hideo Kojima reveals his most eagerly anticipated game of 2017, thinks VR will be big