And the game’s latest Elusive Target is now live in Hawke’s Bay, which those who’ve played the game know is the setting of the game’s tutorial mission.

The game’s fourth Elusive Target is a woman named Barbara Elizabeth Keating, who’s also known as “The Politician”. As you might expect, the woman is involved in shady business, and also travels with a body double – something which might make this Elusive Target mission harder to accomplish.

Because as has been the case with earlier Elusive Target missions (which kicked off with killing Sean Bean’s character back in November last year), you only get one shot at this – if you fail to accomplish the mission due to any reason you won’t get a chance to replay it.

But still, it’s definitely worth trying to succeed and put down The Politician here, as you’ll make progress towards unlocking a new item of clothing for Agent 47 to use in the game, as seen in the Elusive Targets rewards pic below.

Also, IO Interactive revealed their February content schedule earlier last month, which added new interesting content and features to the game, and hopefully the Danish studio will keep adding more worthwhile stuff to their latest Hitman game in the remainder of 2019 too. 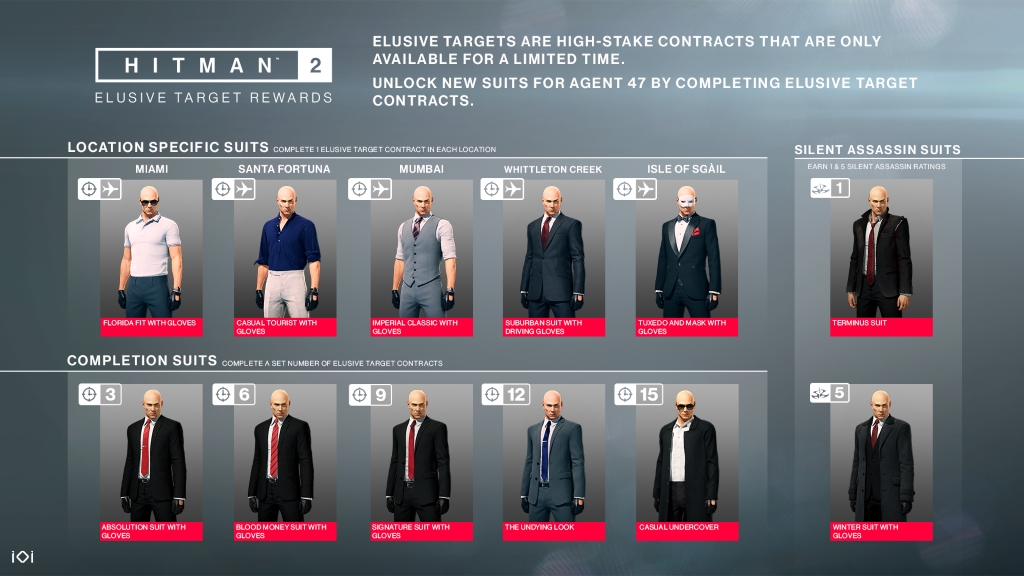 →
Next: This all-time classic RPG is now available on the GOG store