Made by Danish outfit IO Interactive, it is the conclusion to the “World of Assassination” trilogy which began with the 2016 Hitman reboot.

And like the previous two games in the trilogy, Hitman 3 featured several stupendous locations in which players could exercise their trigger finger: a skyscraper in Dubai and a nightclub in Berlin being two of the best in the latest Hitman game.

But it’s clear that Hitman fans may have been longing for additional maps ever since Hitman 3 hit shelves last year, and IO Interactive will be answering their prayers soon enough with the release of a new location for Hitman 3 this summer.

Also, IO has posted a new screenshot of this upcoming Hitman 3 location, and revealed that it will be called “Ambrose Island” (this map had previously been referred to with the codename “Rocky”). 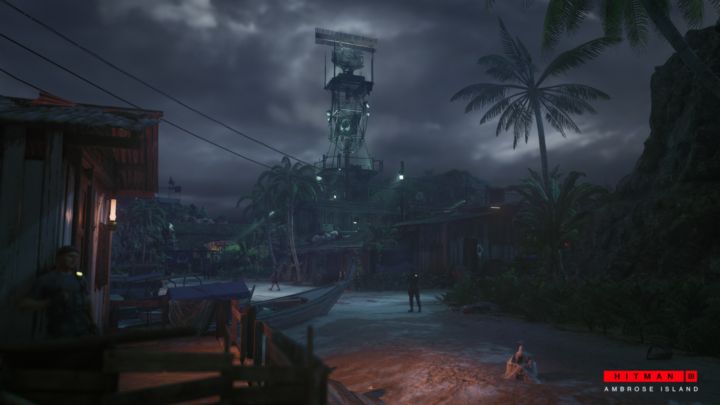 Hopefully this new location will have similar content to that of every other in the game, and will be a full-featured Hitman location, with its own mission stories and (obviously) targets to assassinate, challenges and unlocks.

It’s also interesting that IO Interactive mentions in its Hitman 3 roadmap that Ambrose Island “will have an intriguing narrative”. According to IO, this narrative takes place before the storyline of Hitman 3, and “fills in a few gaps from the World of Assassination storyline”. So Hitman fans will surely be looking forward to experiencing this new location, trekking through the Ambrose Island map to discover its secrets when it is released this July…

IO Interactive has more in store while we wait for Hitman 3’s new map to be released, and the image below shows what’s coming to the game in May. 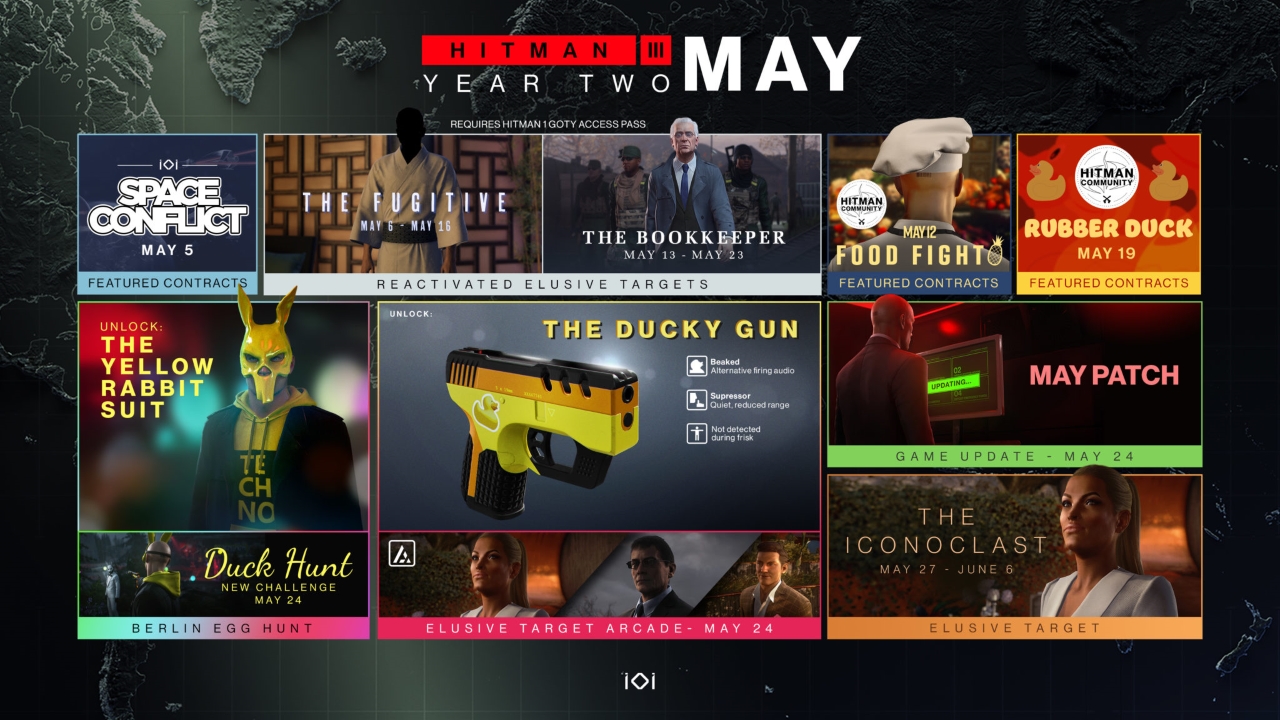 The highlight here is the May 24 update for Hitman 3, as amongst other things this will bring ray tracing graphical effects to the PC version of the game. So if you just got hold of a new, expensive Nvidia or AMD card with ray tracing capabilities you’ll be able to make the most of it with Hitman 3 then…

Aside from this, the game is getting the usual “Elusive Target” missions and unlocks in May, but as stated earlier the new “Freelancer” mode has been delayed. This will add roguelike missions to the game, as well as another map (a safehouse for protagonist Agent 47) but it’s release has been pushed back to the second half of 2022 according to IO.

There’s plenty to look forward to for those who are still playing Hitman 3, then, while those yet to make up their mind about getting hold of IO Interactive’s latest action and stealth game now have more reasons to do so too.

→
Next: The Nvidia GeForce RTX 4070 could be arriving this July, “early Q3” launch rumored
Share this >
YOU MAY ALSO LIKE
MORE ON LAKEBIT