As PC technology fans and gamers know, technology company Intel is getting ready to launch its new line of processors this fall. The Santa Clara company’s 13th generation chips (codenamed “Raptor Lake”) will probably be announced next month, followed by a launch sometime this October.

Raptor Lake processors will succeed the 12th gen (“Alder Lake”) processors currently in the market, and will also feature a “hybrid” architecture like Alder Lake.

And recent leaked benchmarks have showed the impact of these extra cores, while more recent Geekbench and Cinebench benchmarks show that the i9-13900K not only outdoes its predecessor, but also crushes AMD’s finest processors too… 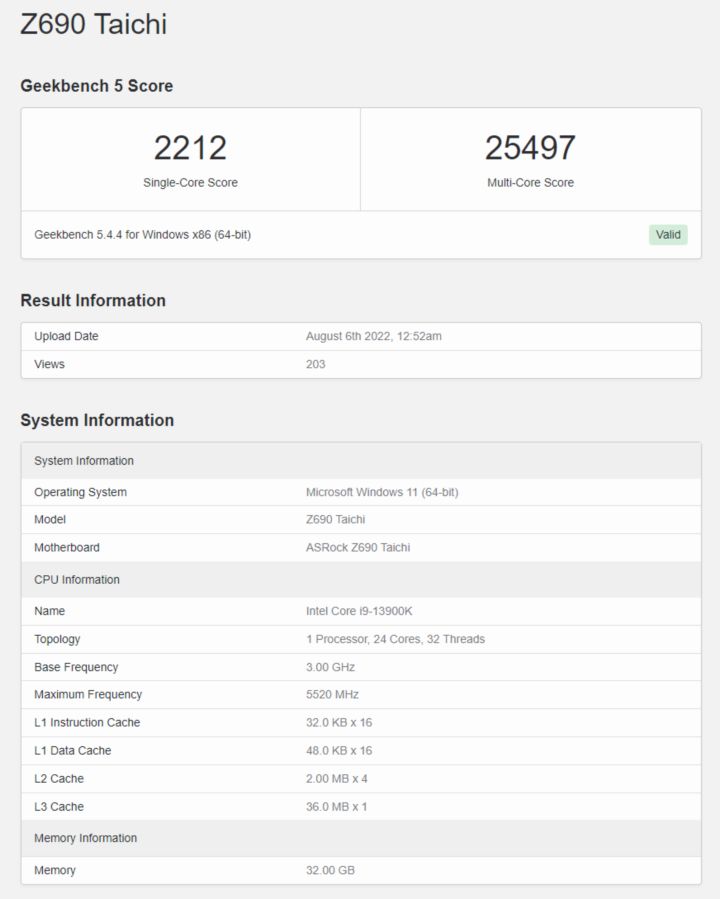 The tests were carried out using an ASRock Z690 motherboard fitted with 32 GB of memory, although it is not known whether the CPU was tested using DDR5 or not. Maybe the i9-13900K will perform better on a newer Z790 board (which are yet to be released), and with faster DDR5 memory (if it was actually tested with the latest DDR memory).

What’s clear, though, is that Intel has seemingly improved multicore performance in its upcoming 13th gen processor line by quite a lot – the gains will likely be impressive across the board if this Core i9-13900K benchmarks are anything to go by.

This processor could also be a thorn on AMD’s side come this fall, because if this numbers are confirmed, Intel’s upcoming flagship CPU could be the best consumer processor ever (when it comes to raw speed, at least). Of course, it remains to be seen what AMD, which is gearing up to release its Ryzen 7000 CPUs, brings to the table, but it’s clear that PC gamers and enthusiasts will have plenty of choice when it comes to buying a new processor come this fall.