In a year in which the world is still suffering the effects of an epidemic (which sadly shows no signs of slowing down), there’s one event which might bring a smile to people’s faces this year, namely the launch of new video game consoles from Sony and Microsoft.

Sony was the clear winner this generation, as its PS4 console (and its variant the PS4 Pro) sold more than 100 million units, making it one of the most successful gaming machines of all time.

So, can Sony repeat the feat this time around?

It doesn’t seem things will be as easy for the Japanese company this gen though, Microsoft’s Xbox Series X is not only more powerful than the PS5, but the Redmond giant’s recent acquisition of Bethesda means highly promising games such as the next Elder Scrolls could end being Xbox exclusives.

Also, there’s the matter of storage space. While both machines feature state of the art, ultra-quick SSD drives, the PS5 comes endowed with a slightly smaller drive, an 825 GB drive vs the Xbox Series X’s 1 TB drive.

And leaked images which recently appeared on forum website Resetera suggest the PS5 might offer a worryingly low amount of storage space as was recently covered on Forbes.

You see, the PS5 hard drive’s actual usable space is less than the advertised 825 GB, as not only does the PS5 need some for its operating system (low-level software that allows the machine to function, similar to Windows 10 on PCs) but also for other essential files. 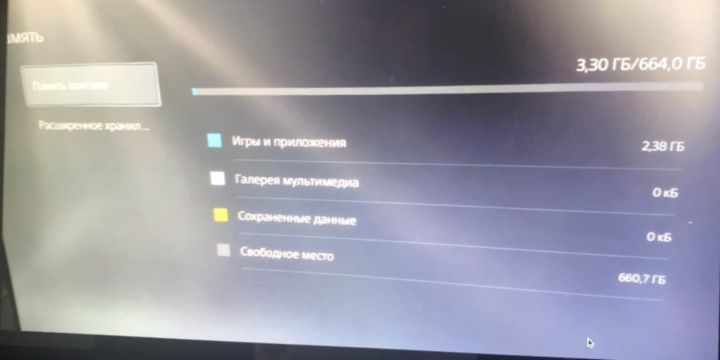 ADVERTISEMENT
Well, if these leaked images are to be believed, you’ll only get 664 GB for game installations on the PS5. This seems pretty low taking into account that games like Call of Duty: Modern Warfare take almost 200 GB of disk space, and that install sizes are likely to creep up during this generation due to the move to 4K graphics. Meanwhile, the Xbox Series X has 802 GB usable space in its 1 TB drive.

Of course, leaks like this are always to be taken with a pinch of salt. These images might also be fake, as a mouse cursor appears in one of these as a Forbes points out, while the black controller seen in one of the pics suggests they might have been captured using an early version or prototype of the PS5, meaning actual, usable disk space on the console might be more than a paltry 664 GB. Plus, there’s also the possibility, if these images are not fake, that the PS5 being used already had a game or two installed in its drive.

But still, it’s worrying that the PS5 might only offer this space for games at launch. Of course, it’s always possible to add a cheap, external hard drive and instantly enjoy terabytes of additional disk space, but the catch is that this extra space will only be good to install current-gen, PS4 games.

Plus, running old games from an external drive means you miss out on the blistering speeds of the PS5’s internal SSD drive. Meanwhile, while it’s possible to expand the PS5’s SSD storage via an upgrade, this is something which certainly won’t come cheap.

Here’s hoping, then, that the PS5’s usable disk space is more than what this latest PS5 leak has revealed, and that PS5 players won’t be running out of space too soon when the console hits shelves next month.