There was plenty of excitement amongst Assassin’s Creed fans last Tuesday, when Ubisoft confirmed that a new game in its world-conquering series is indeed coming our way within the next year. And although Ubisoft has already announced that fans should expect more information about the upcoming game at this year’s E3 show in Los Angeles, it appears an anonymous source has revealed even more information about the game on forum website Reddit.

One of the most interesting bits of information coming from this leak is that the game’s single player campaign will apparently be around 20 hours long, and feature 11 sequences. According to the leaker, the game will be set in Egypt, at the time when the country was under Roman control (so will we get to meet sexy Cleopatra, then?).

This leaked information also suggests the upcoming Assassin’s Creed: Origins will be a rather big game indeed, as the map will supposedly be 3 times the size of 2013’s  Black Flag game, and feature the Mediterranean sea. Also, it seems we’ll get more huge cities to play in this time, as the largest of this will be as big as Rome in the great Assassin’s Creed Brotherhood game of 2011.

Additionally, the leaker revealed that the modern day sections of the game will comprise around 10 % of this new Assassin’s Creed, and feature a new protagonist named Charlotte. And those who have been playing these games for yonks now will be happy to know that apparently good old Desmond will be making an appearance in some form in this new game too…

Also of interest is the fact that the game features a new combat system, which as several leaks have pointed out before, is based on that of CD Projekt Red’s wildly successful The Witcher 3: Wild Hunt game. This will certainly be a great thing if it turns out to be true, as combat has never been Assassin’s Creed strong suit to date, truth be told. 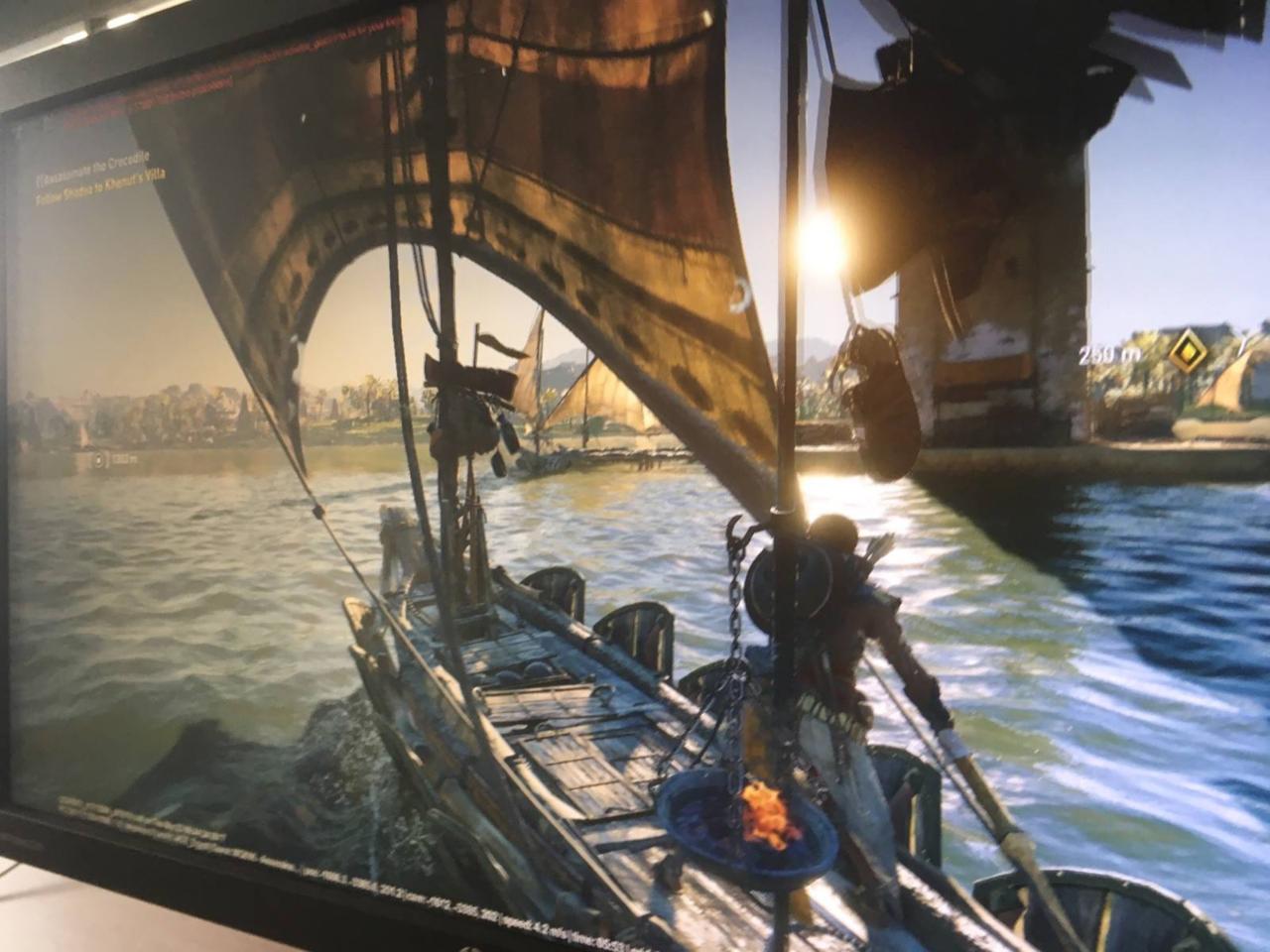 Will this be the best Assassin’s Creed to date?

In addition to combat, this leak also revealed that the new Assassin’s Creed game will feature smoother parkour, which will certainly be a welcome thing, and that this will be a pretty-looking game, although not on a par with “Horizon” (which likely refers to Guerrilla Games’ recently released Horizon: Zero Dawn game).

And like in Assassin’s Creed Syndicate, it appears there will also be a male and female protagonist here. Although we don’t know yet whether you will be able to switch between them as in the 2015 game, or will get to pick one of the other for your playthrough as in Arkane Studios’ Dishonored 2 game.

Another interesting thing is that apparently Rifts will be returning in this Assassin’s Creed game. These were sequences that took you to a different time period (for instance, Assassin’s Creed Unity had a sequence which took players to World War II France). The Reddit leaker said we can expect to see a sequence set during the Napoleonic Wars, although Ubisoft won’t be bringing back Unity’s dull protagonist Arno for it though…

And like the leaked screenshot which hit the Internet this May makes clear (and the leaker has now confirmed) there will be sailing in this game, something which is not surprising taking into account that the same team behind 2013’s Black Flag is behind this new Assassin’s Creed.

Also, the game will purportedly launch in late October this year. This is something that fits in with Ubisoft’s release schedule for Assassin’s Creed, as most games in the series have been released in the fall to date.

Of course, all this information should be taken with a big pinch of salt, even if other leaks in the past have indeed proven to be true. The leaker did suggest that a reveal trailer would land on Friday 19 May, which was not the case, meaning we will have to wait until the E3 show this June in order to confirm any of these details. It’s clear, though, that this upcoming Assassin’s Creed is already one of the most eagerly-awaited Ubisoft games of all time, and hopefully will end up living up to the hype when it hits shelves sometime within the next year.