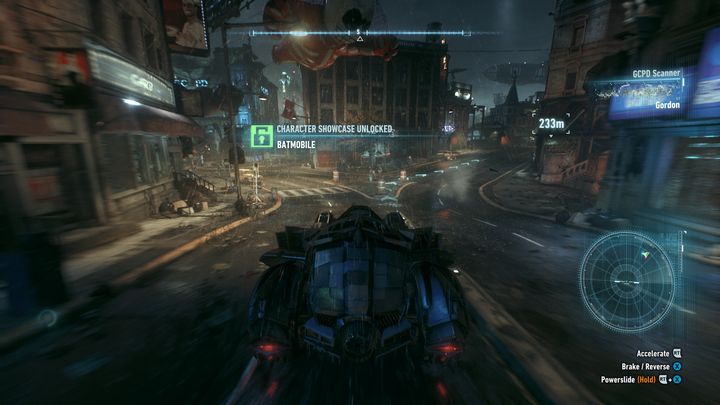 The Batmobile is a force to reckon with in Batman: Arkham Knight.

At first Batman: Arkham Knight doesn’t seem like a good candidate for top Arkham game to date. The story is fun but predictable, bringing the Joker on board in a contrived way to say the least… Other aspects of the game such as the tank battles feel slightly out of place here too.

The addition of the Batmobile to the Arkham universe is inspired though, letting you race through Gotham City at breakneck speeds. It’s also possible to eject from the car while driving and glide through the skies, admiring the city from above. And while the main story is good, there are tons of side missions here to sink your teeth into as well. From stopping a series of bank robberies masterminded by Two Face to disarming a series of bombs located throughout the city, or solving a series of murder mysteries involving a deranged serial killer, there’s plenty to keep you busy for a while.

Add to this hundreds of Riddler challenges, plus the chance to watch a conclusion to Rocksteady’s Batman Arkham story arc, and this surely is the top game in the series, at least until the next one comes around that is…