Resident Evil 7 has already become one of the top video games releases of 2017, thanks to its exciting first-person horror gameplay and atmosphere, with most reviewers and players agreeing that this is a great return to form for the Resident Evil series after the disappointment that the earlier Resident Evil 6 was.

Although sadly for Japanese company Capcom, it seems that sales of its most recent Resident Evil game have not been stunning to date, despite the company announcing last month that the game was off to “solid start”, according to gaming website GameSpot.

But investors have not responded well to the fact that Resident Evil 7’s first week sales were “only” 2.5 million, which is quite a bit below that of the company’s earlier Resident Evil 6 and Resident Evil 5, which sold 4.5 and 4 million copies respectively during their first week in the market. The result of this is that Capcom’s shares in the Tokyo stock market have been in a downward trend of late, despite Resident Evil 7’s decent sales and the game’s high quality.

Resident Evil 7 has been a success in another way, though, and this is that according to official figures on residentevil.net, almost 10 % of the game’s player base has tried the game in VR, which his stunning indeed. Because quite a few pundits had predicted that VR would end up being a flop, and that few would buy a virtual reality headset such as the PlayStation VR that costs more than a PS4 console just to play a few mediocre video game offerings. 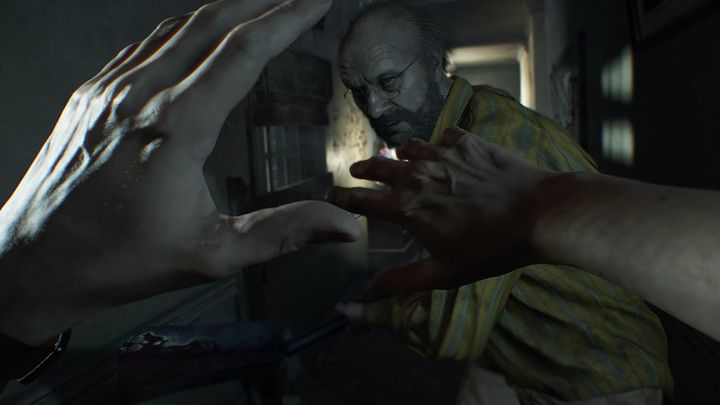 A lot of people have enjoyed Resident Evil 7’s scares in VR to date, it seems.

Things have changed, though, due to the fact that some big-name releases like Resident Evil 7 have began offering VR modes as well, with players who own a VR headset being able to switch between traditional and virtual reality modes easily. This surely has made owning a PlayStation VR headset a more attractive proposition, and the fact that almost 90,000 people have played Resident Evil 7 in VR mode shows virtual reality gaming might not be a lost cause after all.

Of course, this figure might end up being higher if Resident Evil 7 ends up supporting other VR headsets like the Oculus Rift and HTC Vive, something that’s likely as the game is a timed exclusive for PlayStation VR only until January 2018.

It remains to be seen, though, whether the VR market and virtual reality gaming actually take off despite the current high cost of VR headsets and other issues like the lack of game support and the fact that wearing these headsets is not as comfortable an experience as it could be, but nonetheless 2017 might still turn out to be a big year for VR all the same.