Shenmue, which was released back in 1999, is something of a cult classic. It was one of the first video games to feature true open world gameplay – characters in the world would go about their business throughout the day, working or sleeping according to the time of day for instance, and the game even had a true day and night cycle. This is the sort of thing that gamers are accustomed to seeing in games like Bethesda’s The Elder Scroll series, but back in 1999 such realism in a game was truly revolutionary.

And Shenmue also attracted attention not just due to its beautiful art and realistic open world, but due to the fact that it was the most expensive game ever made at the time. As a matter of fact it cost a whopping $70 million (£46 million), a video game budget unheard of in 1999. But sadly, despite solid reviews and it shifting over 1 million copies, the game ended up becoming a commercial failure, as Sega failed to recoup its massive development costs.

Also the fact that the game was released for the failed Dreamcast console certainly did not help Shenmue’s cause at all. A sequel came in 2001, which also had a massive budget and garnered solid reviews, but also ended up being something of a commercial flop.

And taking into account that the Shenmue games were big-budget commercial failures, it came as a surprise that Sony announced at their E3 press conference that they plan to release Shenmue 3. Legendary Japanese designer Yu Suzuki will be coming back to direct the third game of the series, which is expected to hit the PS4 and PC sometime in 2017. 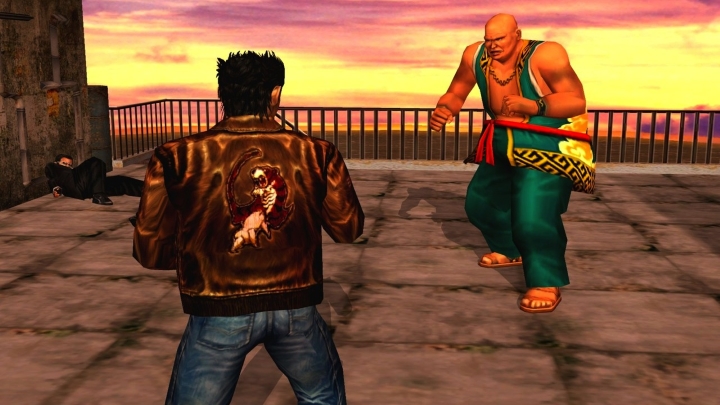 Shenmue II was bigger and better than the original, but still wasn’t a commercial success.

But what is even more surprising is that Sony decided to run a Kickstarter $2 million campaign to help fund the upcoming Shenmue sequel. Because given the massive budgets of its predecessors and designer Suzuki’s penchant for perfectionism (Sega even hired interior decorators to design rooms for the game world of the original Shenmue), there is obviously no way the game is going to be made on a paltry $2 million – and indeed Sony later stated that the project would not rely on Kickstarter alone.

Sony also announced that they would be remaking the classic Final Fantasy VII, a move that makes more sense because that game is the best-selling one of the eponymous role-playing series. But betting on Shemue 3 being a success is a big risk for Sony, as the Shenmue series has yet to turn a profit. And even though Yu Suzuki is a legendary designer, he made his name creating arcade games like the classic Outrun and Hang-On, and was also behind the quite decent 3D fighting series Virtua Fighter, but has not made an open world game since the Shenmue sequel (which came out in 2001).

And even though his Shenmue games might have a passionate following, will they appeal enough to the average gamer to make the project worthwhile? The video game world is as competitive as it’s ever been, and a new Shenmue game will find itself going toe to toe with Bethesda’s Elder Scrolls games and Rockstar’s GTA series, so Suzuki has his work cut out for him if he wants the new Shenmue game to both please his fans and be a commercial success.

But still, third time is lucky as the saying goes, and hopefully Suzuki will get all the backing he wants from Sony and is able to realize his vision for a new Shenmue game. And if the success of the game’s Kickstarter crowdfunding campaign is anything to go by, in which more than $2 million was raised in less than twelve hours, then perhaps this upcoming game could be the first truly successful Shenmue game since the original debuted 16 years ago.