Sony’s PS Now was the first console game streaming service ever, but it will be gone by the second half of 2022.

Actually, it will be merging with PlayStation Plus (PS Plus for short), the PlayStation service which millions of console gamers worldwide subscribe to and which lets you enjoy multiplayer games online as well as offering two or more free games each month to play.

The thing is, PlayStation Plus will be changing this year in order to become a multi-tier service, the two higher tiers offering part or all of the features PS Now had offered to date.

But the basic service will remain as is, although it’s been renamed to “PlayStation Plus Essential”, as Sony recently explained on its blog.

Of course, pricing remains identical at $60 US dollars per year (or $9.99 for a single month). The features remain the same with 2 games offered each month for PS4 or PS5 users who subscribe to PS Plus, online multiplayer, cloud storage and exclusive discounts.

The next tier of the new PS Plus service is where things start to get interesting, and has been named “PlayStation Plus Extra”. This is because aside from everything included in the Essential tier, gamers will also get access to a library of about 400 PS4 and PS5 games to play. This is priced at $100 US dollars for a one year subscription (or $14.99 for a single month), although unlike the current PS Now service it does not include streaming – a download and install is necessary to play the games offered.

So those wanting to play PlayStation games via streaming will have to go for the new “PlayStation Plus Premium” service, with the Premium tier offering everything that’s included in the current PS Plus and PS Now services.

Aside from everything featured in the Essential and Extra tiers, players will get up to 370 extra games from the PlayStation, PSP, PS2 and PS3 generations. All games currently available via streaming (no download or install required) on PS Now will likely also be available via streaming on the Premium tier, which is priced at $120 US dollars for a one year subscription (of $17.99 for a single month).

So what happens to current PS Plus and PS Now subscribers come this June (or sooner, depending on your region)?

Those on PS Plus will get the same service and benefits, free games each month and multiplayer, but they will now be on the first tier of the new PS Plus (PlayStation Plus Essential as Sony calls it).

However, those currently enjoying a PS Now subscription will be moved to the third tier (PlayStation Plus Premium) subscription, meaning they will get the benefits of both PS Plus or PS Now for the price of one service.

Which is great for those currently on PS Now as this comes at $60 US dollars per year vs Premium’s $120 yearly price tag, and their subscription will still be renewed at the current PS Now price as long as they don’t cancel their subscription or make any changes to it (switching to a different pricing plan – paying monthly instead of yearly for instance). It remains to be seen for who long current PS Now subscribers will be getting PlayStation Plus Premium for less, though.

Nonetheless, Sony’s changes to PS Plus and their phasing out of PS Now might not be to the liking of those only interested in PS Now (and not on PS Plus), as access to Sony’s game streaming service will now be more expensive to newcomers (a whopping 100 % more expensive actually) when Sony kills PS Now by late June. 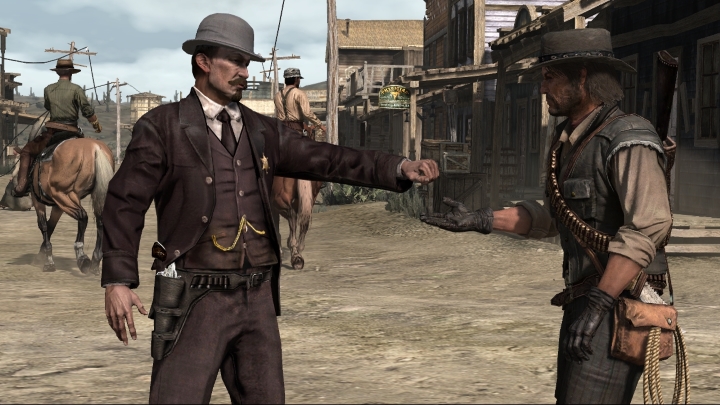 Rockstar’s classy video game Red Dead Redemption is one of the many games available on PS Now.

Also, those who were enjoying PS Now on their PCs in order to play classic PlayStation games and new PS4 titles will also be faced with higher subscription charges unless they stick to their current subscription (cancelling and not renewing or going for a different pricing plan means the new rates will apply as stated earlier).

This will make access to PlayStation games via streaming more expensive for PC owners, although at least Sony has been porting some of its top exclusives like Horizon Zero Dawn to PC in the last couple of years, something which may serve as consolation to some. Plus, streaming PlayStation games on a PC surely is something of a luxury, and might as well be the reasoning behind Sony’s move here…

And its understandable that Sony would want to merge PS Plus and PS Now to avoid having to run two parallel services and avoid consumer confusion. The service still largely lacks launch day access to new releases except the occasional game like Shadow Warrior 3, while its main rival (Xbox Game Pass) will let you play games such as the upcoming Starfield on launch day.

Sony’s Premium and Extra tiers of its new PS Plus service are priced similarly to Microsoft’s offering yet lack launch day access to games, but Sony has such strong exclusives like Horizon Forbidden West that it can afford to do this for the time being as one Forbes contributor has pointed out.

But those who were only interested in PS Now and are not currently subscribed to Sony’s game streaming service will have to pay twice as much to get what is now offered on PS Now when Sony launches its new PS Plus service.

The Japanese company is planning to do this before the second half of the year starting with the US, followed by Europe and then other regions so that all PS Plus and PS Now users are on the new service by June 30.

Sony’s changes to PS Plus appear aimed at current PS Plus subscribers looking for something extra (likely the majority) rather than the PS Now crowd which seem of secondary importance in the grand scheme of Sony’s for Sony, though.

Nonetheless, it’s a good thing that Sony is overhauling PS Plus in response to the success of Microsoft’s game pass service, meaning it’s likely we’ll be getting more and better games in all tiers of the new PS Plus in the months to come.