Star Wars: Knights of the Old Republic is no doubt one of the top Star Wars video games made to date. And Canadian developer Bioware sure made the most of the Star Wars universe, creating a game with superb quests, locations and characters including the charismatic Jedi Bastilla, who is one of the top female video game characters to date.

Knights of the Old Republic was arguably the top video game of 2003, and one that is loved by both Star Wars fans and those who are fond of sci-fi role-playing games. And those who enjoyed Bioware’s classic Star Wars game back in the day will no doubt be pleased to hear that indie gaming group Poem Studios is working on a remake of Knights of the Old Republic titled Apeiron.

The game will not only feature prettier graphics, but the dev team will also add new worlds, missions and companions, according to Apeiron’s official website. A novelty is that unlike the original game, Apeiron can be played both in third-person perspective like the original game and in first-person perspective, with the player being able to switch between the two during gameplay. 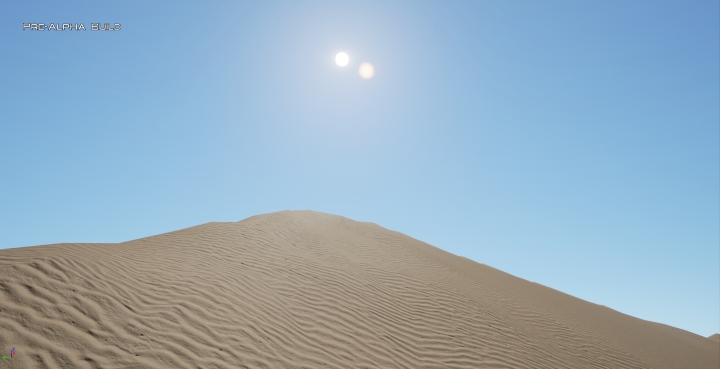 Knights of the Old Republic was set on classic Star Wars locations like Tatooine, which will also feature in Apeiron.

And judging by the game’s early screenshots, there is no doubt that Apeiron looks promising, although Poem Studios still has to improve the visuals to bring them up to modern standards, as the original game’s graphics look quite dated these days. Also, Bioware’s game had a great story and stupendous quests, like one in which players had to play attorney on the ocean planet of Manaan, and it remains to be seen whether the game’s new quests and characters can stand up to the original’s.

But still, other fan-made reboots like Black Mesa, which was a recreation of Valve’s classic game Half-Life, were truly great, letting players enjoy a classic game with updated visuals and modern gameplay mechanics.

So hopefully Poem Studios will be able to deliver with this remake of a beloved classic, which will be free to play but will require a copy of the original game in order to play when it’s released at a future date.

→
Next: The Hideo Kojima and Norman Reedus Meeting: Is Silent Hills Dead?