Starcraft II Is a Hit on PC, but Will We See the Game on Consoles?
↑
SHARE
TWEET

So it turns out that Starcraft II: Legacy of the Void, the final chapter of the Starcraft II saga, has become a hit for Blizzard after all. According to gaming website GameSpot, the game sold a stunning 1 million copies in its first 24 hours alone, which is certainly an impressive number for a PC exclusive, real-time strategy game.

Legacy of the Void launched on November 10, and it would be an understatement to say that it was up against some pretty heavyweight competition, with the likes of Fallout 4 and Rise of the Tomb Raider hitting the shelves on the same date. And both Fallout 4 and Rise have also garnered critical acclaim and sold pretty nicely too, with Fallout 4 in particular being a big success, as Bethesda shipped a whopping 12 million copies on launch day alone.

So even if one could argue that developer Blizzard made life difficult for itself by going up against video game blockbusters like Fallout 4, the fact that Starcraft II: Legacy of the Void has posted strong sales in a November month that also saw the release of Call of Duty: Black Ops 3 is all the more impressive.

It speaks volumes for the appeal of the Starcraft series, which at one time was the undisputed king of the real-time strategy genre. These games have a dedicated fanbase who probably know every detail about the game’s factions, Terran, Zerg and Protoss, and even in countries like South Korea multiplayer matches were televised and professional players could make small fortunes in eSports tournaments.

And even though the multiplayer side of the game now takes a back seat to games like League of Legends and multiplayer shooters like Destiny, the single player standalone campaigns that make up the Starcraft II saga have been a blast to play ever since the first chapter, Wings of Liberty, was released in 2010. 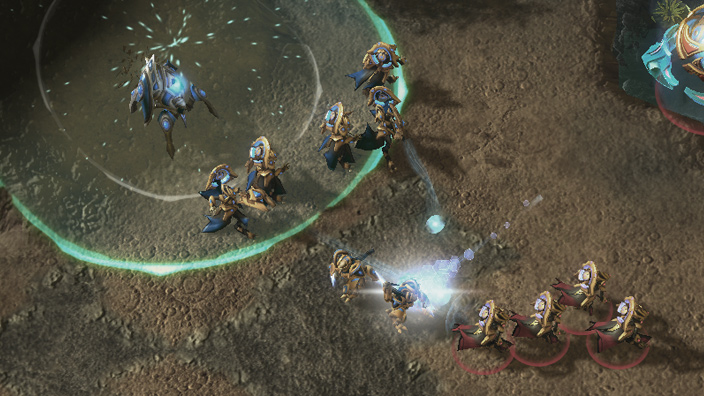 How well would Starcraft II play on consoles?

So the game’s success certainly begs the question, will we ever see Starcraft II on consoles? Sadly, this idea seems unlikely at this point for several reasons. Back in 2012, Rob Pardo of Blizzard stated that, while Diablo III would “work very well on consoles”, Starcraft II would not be a good fit. And we eventually got a console version of Diablo 3, which was arguably the best version of the game to date, with beautiful graphics, superb gamepad controls and a very nice local multiplayer co-op mode which the PC version lacked.

And while Blizzard may feel that Starcraft II is not the sort of game that would not work well on consoles, it must be noted that its predecessor Starcraft was ported to the old Nintendo 64 back in 2000 and was certainly well received, and sold pretty well. But other console real-time strategy games have not fared so well, with Electronic Art’s Red Alert 3 and Microsoft’s Halo Wars being a bit lacklustre and failing to generate much player interest.

But still, given Diablo 3’s console success, Blizzard should at least consider porting Starcraft II to consoles, especially if they can come up with a suitable control scheme. The PS4 and Xbox One have plenty of horsepower to run the game after all, and the trickiest part would be finding a way to map the myriad keyboard commands and mouse controls to a gamepad. Some would argue that this would be impossible without ruining the game’s engaging gameplay, or that perhaps Starcraft II is too complex for console audiences, which prefer more casual games.

But very complex games like the RPG Divinity: Original Sin have made it to consoles while retaining their appeal, so perhaps a console version of Starcraft II is not such a far-fetched thing after all, letting console players enjoy what is no doubt one of the best RTS games made to date.