Without a doubt, StarCraft caused a sensation when it was released back in 1998. This is because Blizzard’s game was considered revolutionary at the time, due to its superb real-time strategy gameplay, colourful factions and competitive online gameplay.

Actually, the game’s Terran, Protoss and Zerg feature some of the best-designed and creative units ever seen in a game, while it’s hard to forget the game’s iconic characters like Raynor, Kerrigan or Artanis.

StarCraft’s multiplayer also became a global phenomenon, with players trying to get the best of each other on Blizzard’s Battle.net online service, while the multiplayer side of StarCraft almost single-handedly made eSports popular worldwide. This is due to the game’s popularity in countries like South Korea, where StarCraft became a televised sport and top players were handsomely paid for their efforts.

Of course, StarCraft was released in the late 90’s and it no longer has the appeal it used to. It looks horribly dated these days, and can be a challenge to get to run on modern PCs. The eSports scene, meanwhile, has shifted to other games like DOTA and League of Legends.

But American video game company Blizzard is not letting its timeless classic wither away and die, as the company recently announced that a remastered edition of the game will be hitting the shelves this summer.

In a statement, Blizzard CEO Mike Morhaime said that “With StarCraft: Remastered, we’re modernizing the original game’s visuals, audio, and online support to ensure that players can enjoy StarCraft for another 20 years and beyond”. 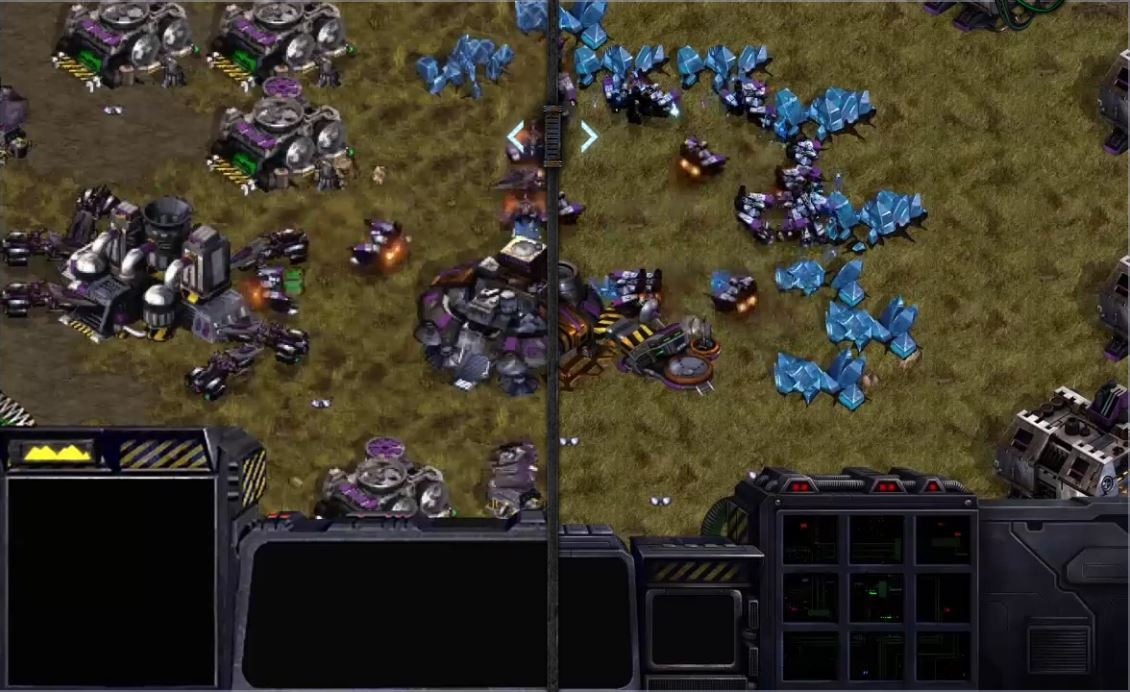 ADVERTISEMENT
So players can expect better visuals from this new edition of the game, making the original’s dated graphics look more palatable to modern gamers, while the remaster will also support widescreen resolutions and even 4K. The screenshot above indeed shows the game will look sharper, but this appears to be more of an upgrade a la Duke Nukem 3D remaster: it all looks slightly sharper and more defined without improving the graphics themselves much.

Blizzard also claims to have re-recorded the original dialogue and soundtrack on its website, which is also slightly worrying. This is because other remasters like this year’s Duke Nukem 3D featured new recorded dialogue for the main character, which sadly was subpar and not a match for the original voiceovers. But hopefully if Blizzard has decided to bring back the original voice actors to re-record the game’s dialogue, the result will be of the same high standard as the original game…

Also key in the original game were the cool briefings which put players up to speed on the latest happenings in the game’s story, and these will be getting a makeover in the remaster too.

Of course, the multiplayer has always been the meat and potatoes of this game, and Blizzard does not appear to be neglecting this aspect of the game in this upcoming remaster either. The new game will be fully integrated into the Blizzard App (the new, renamed Battle.net) and feature full support for matchmaking such as the likes of Overwatch do. This is surely a welcome change, as hunting for games in the original StarCraft in the late 90’s was something of a chore, so hopefully things will be much smoother multiplayer-wise this time around.

As an added bonus, StarCraft Remastered will also include the great Brood War expansion released for the game in 1999. This featured a campaign which was arguably better than the one in the original game, and some interesting new units like the Zerg Lurker, and it will sure be fun to revisit Brood War’s devilishly difficult campaign in the remaster.

There are also other modern conveniences like cloud saves (handy when one plays on multiple devices) and support for new languages bringing the total to 13 (English, German, French, Spanish, Brazilian Portuguese, Polish, Italian, Russian, Korean, Chinese, and Japanese). Plus it will no doubt be great to enjoy StarCraft’s superb cinematic sequences in HD resolution, as this is one area in which Blizzard no doubt excel.

It’s hard to think, though, that this StarCraft Remaster is little more than a compatibility patch to modernize the game without adding anything of substance to it, even if it’s clear that a classic game like StarCraft needed this sort of treatment to ensure that future generations of players will be able to enjoy the legendary RTS. So here’s hoping that this remaster lets players enjoy everything that was great about the original without losing anything that made StarCraft special in the first place.

→
Next: Alexander the Great’s Macedon will be all about conquest in Civilization 6