Without question, Bethesda Game Studios is one of the most storied developers out there. After all, the team brought the world iconic franchises such as The Elder Scrolls and Fallout.

The company, however, has not released anything not belonging to the aforementioned franchises in a very long time. Actually, the last thing coming from Bethesda Game Studios not being an Elder Scrolls or Fallout game was IHRA Professional Drag Racing 2005, more than fifteen years ago.

That means many gamers were truly excited when Bethesda’s game director Todd Howard took the stage at E3 in 2018 and announced Starfield, an open-world, sci-fi RPG which the company was working on for next-gen consoles and PC.

The thing is, besides the announcement video above we haven’t seen anything else of Starfield yet: no screenshots, no gameplay videos. Nothing.

However, the world may have caught a glimpse of Bethesda’s upcoming game via a series of leaked images, which were recently posted on the image-hosting website Imgur (via PC Gamer).

One of these images shows a character in a space suit standing next to some kind of spaceship. The second image shows a spaceship, which exhibits some wear and tear (having taken damage on a mission perhaps?). There’s another image showing part of the game’s UI (user interface), which amongst other things shows oxygen and carbon dioxide levels, suggesting a survival component (a la Fallout) in Bethesda’s upcoming game. 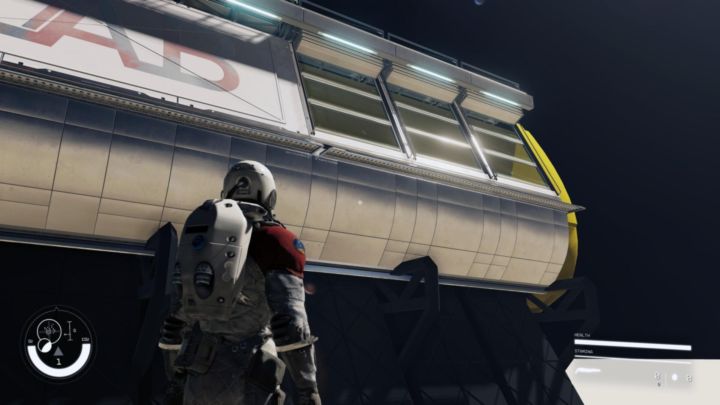 Of course, given Bethesda’s silence about these images it’s impossible to know whether these are genuine, or the work of some con artist eager to deceive the gaming community. The user interface font does match the one seen on Bethesda’s Starfield website, lending some credibility to this batch of images as PC Gamer points out.

But it’s likely now, and given Microsoft’s recent acquisition of Bethesda, that many gamers are wondering when they will be able to play Starfield?

Sadly, Starfield has no release date as of yet, although as website inverse.com points out it would be reasonable to expect the game to launch in 2022 or 2023. The reason for this is that Starfield is being developed with next-gen consoles in mind, and that all Bethesda Softworks’ studios are now under Microsoft’s wing.

Microsoft has said in the past that all its first-party games will support the current-gen Xbox One for at least two years, meaning that Starfield will almost certainly not be released before 2022, as it will only run on next generation consoles.

It could be even later than expected though, taking into account that Todd Howard had urged gamers “to be patient” at last year’s PAX East show.

The game will obviously launch on Xbox Series S, Xbox Series X and PC, but it’s likely that PlayStation players are wondering whether they will get a chance to play the intergalactic RPG, or whether it will be an Xbox exclusive.

After acquiring Bethesda, Microsoft’s head of Xbox Phil Spencer said that Bethesda games would be coming to PC and Xbox, and other consoles “on a case-by-case basis”.

However, news broke earlier this month that Sony had been negotiating a Starfield exclusivity deal with Bethesda a few months ago, before Microsoft acquired Bethesda and its parent company ZeniMax Media. That deal is likely now off the table, although hopefully those gaming on PlayStation will still be able to play Starfield at some point in the future.

And it would be great news if that future wasn’t so far away, and that both Starfield and the eagerly anticipated Elder Scrolls VI game arrive sooner than expected to the delight of Bethesda fans worldwide.

→
Next: 5 reasons why Cyberpunk 2077 could be the best role-playing game ever
Share this >
YOU MAY ALSO LIKE
MORE ON LAKEBIT