It’s one of the biggest video game franchises on the planet, and Grand Theft Auto hit another milestone recently.

Actually, more than 370 million copies of the games, which are made by US studio Rockstar, have been sold to date, which certainly is an eye-popping figure no matter how you look at it.

So said publisher Take-Two Interactive in its report for the third quarter of 2021 (via VG247). This also reveals that their golden goose GTA V has now reached the 160 million copies sold mark, while the 370 million figure for the franchise is 15 million more than what had been previously reported.

This also indirectly reveals that GTA: The Trilogy – The Definitive Edition, which launched in November last year, must have sold about 10 million copies as VG247 points out. Which is pretty impressive taking into account what a bad launch the GTA remastered trilogy had last year.

The trilogy, which includes remastered editions of GTA III, GTA: Vice City and GTA: San Andreas, had all sorts of issues at launch. From poor character models to buggy weather effects, typos and users reporting crashes in-game, this certainly wasn’t Rockstar’s finest hour, as this is a developer known for quality. However, Rockstar wasn’t really to blame as they handed over development of the trilogy to Grove Street Games, a studio which had previously worked on mobile ports of AAA games like Rockstar’s own Max Payne.

Nonetheless, Take-Two CEO Strauss Zelnick addressed the GTA trilogy issues during an earnings call, saying that the company is “focused” on quality.

“We are totally focused on quality here and we always want to deliver the best possible experience”, said Take-Two’s CEO, adding that “very occasionally, we fall short, and I think The Trilogy was an example of that and the title was launched with some issues”.

Zelnick said that “there are more fixes to come” for GTA: The Trilogy.

And it would definitely be a great thing if upcoming patches turned the GTA remastered trilogy into the game it was supposed to be at launch, although it seems that it will take a while as all the game’s issues are not fixed yet. The trilogy has still shifted 10 million copies, which shows how highly regarded the GTA series is in gamers eyes no doubt. 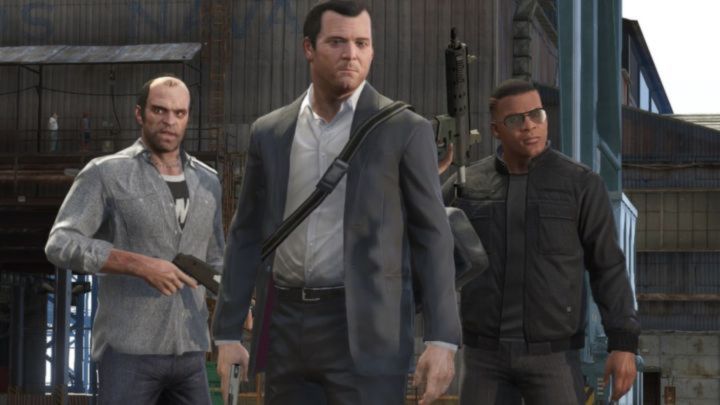 GTA V continues to be a sales juggernaut.

More impressive nonetheless is the fact that GTA V has now shifted 160 million copies, up from 140 million a year ago. This helps cement GTA V as the second best-selling game of all time ahead of Tetris, although it still has a while to go before it overtakes Minecraft. The Microsoft game sits at the top of the best-selling games list with a whooping 238 million units sold.

Another matter too is whether the upcoming GTA 6 will be able to match the success of its predecessor. Rockstar finally announced that the next GTA game is in development, although it’s unlikely to arrive before 2024. Focusing on one character instead of GTA V’s three and a little moral compass in its story would be nice, instead of the current game’s crime fest, “no morals” story and characters. We don’t get yet know, though, whether GTA 6 will stick to the traditional formula of a single player campaign plus online multiplayer, or go all in multiplayer given the success of GTA Online.

Time will tell, but for the time being it’s clear that despite last year’s botched launch of the GTA remasters, Rockstar and Take-Two will be enjoying their success now, that’s for sure…

→
Next: Ubisoft is now open to being bought by another company, will “review” offers says boss
Share this >
YOU MAY ALSO LIKE
MORE ON LAKEBIT