The Assassin’s Creed series has been going strong since the original game made its debut back in 2007.

Meanwhile, the latest entry in the series, Assassin’s Creed Valhalla, has also drawn in millions of players thanks to its good story about Vikings in the 9th century and great open world gameplay.

And while Ubisoft had already revealed that it’s hard at work on another entry in the series named “Assassin’s Creed Infinity”, this may not be the next Assassin’s Creed game to see a release.

Rather, the people at Ubisoft seem to be busy working on a new Assassin’s Creed game codenamed “Rift”, as was recently reported on GamesRadar.

As per a Bloomberg report, this game could launch this year although it may well be delayed until 2023, and will seemingly take the series back to its roots.

This is because Assassin’s Creed Rift (and that’s unlikely to be the name of the new game, but rather a working title) will be set in the Middle East, and will feature a middle eastern protagonist too.

Additionally, the game will be more focused on stealth too.

This might remind some of the first Assassin’s Creed game from 2007: it was set in Middle Eastern cities such as Jerusalem, in which protagonist Altair had to assassinate members of the evil Templar order, the sworn enemies of the Assassins.

The game was more stealth-focused and had a smaller scale open-world than the latest entries such as Assassin’s Creed Odyssey and Assassin’s Creed Valhalla, something which also seems to be the case with the next Assassin’s Creed game, which according to a Eurogamer report could be set in the city of Baghdad, Iraq.

More interestingly, it seems that Assassin’s Creed Valhalla character Basim will be the protagonist of this upcoming game. As those who’ve played Valhalla know, Basim plays a key role in the game, introducing Eivor to the Hidden Ones (a precursor to the Assassin order), and also giving him the “hidden blade”, the famous weapon of the Assassins.

The next Assassin’s Creed game, however, apparently won’t take place after the events of Valhalla, but instead will be set before the events of said game, focusing on Basim’s life before he became a master of assassins, which could be interesting and would mark a return to the series’ roots as stated earlier. 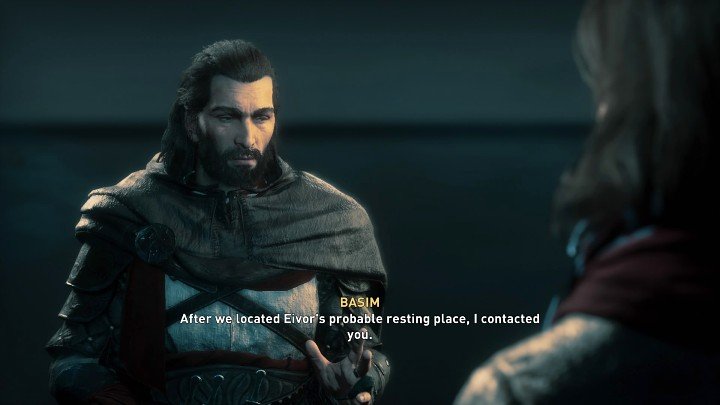 Assassin’s Creed Valhalla character Basim will be the protagonist of the next game in the series, rumors say.

According to these reports (which are yet unconfirmed), Assassin’s Creed Rift began as an expansion for Assassin’s Creed Valhalla, but is now a standalone game coming out this year, or perhaps in 2023.

However, those looking to sate their appetite for more Assassin’s Creed can look forward to the Dawn of Ragnarok expansion for Assassin’s Creed Valhalla. Getting the expansion will grant you access to the full game for a limited time, which seems a pretty good deal taking into account that Ragnarok itself is pretty substantial (coming in at 40 hours or so), and seems to be quite the power trip if we take the latest trailer into account.