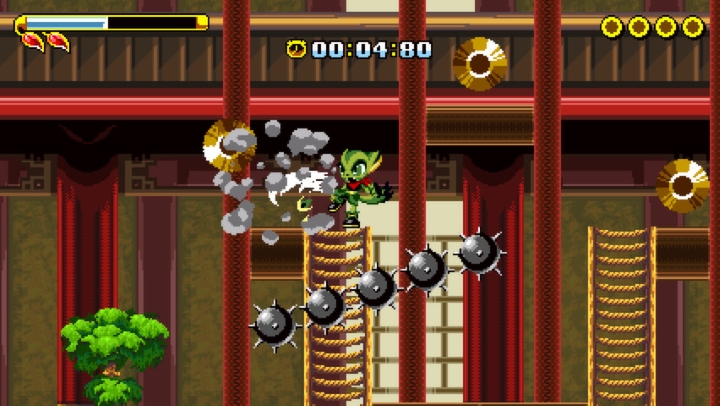 ADVERTISEMENT
Back in the 90’s, Sonic the Hedgehog was one of the best-known characters of the video game world, and a sort of rival for Nintendo’s Mario. And Freedom Planet is clearly based on those platform games of the 90’s starring the blue critter Sonic, but brings a few new ideas of its own to the table.

For starters, it lets players choose one of three characters to tackle the game’s 10+ levels, each sporting a variety of moves and attacks. For instance, protagonist Lilac can spin like a cyclone, while Carol can even summon a motorcycle to ride up walls. And the game’s colourful levels feature tough bosses, each requiring a different strategy to defeat.

Overall, this was a charming 2D retro game with pixelated graphics reminiscent of the old NES consoles, which were a bit rough around the edges, and while the game’s story was entertaining, some of the voice acting in cutscenes was slightly grating. But still, Freedom Planet let players experience Sonic-style platform gameplay with cute characters and it certainly offered one of the most fun experiences to be had with the Wii U in 2015.