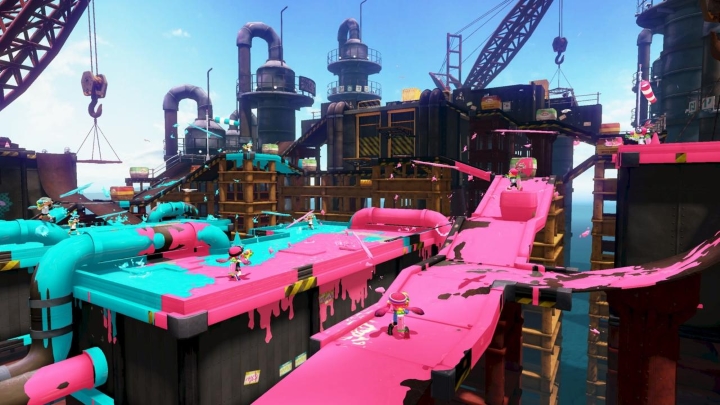 ADVERTISEMENT
Splatoon is a third person shooter that eschews the violence and bullets of top ranked shooters like Call of Duty and instead features a world of inklings – creatures that can switch between humanoid and squid form, and who use ink as a weapon. And while the game features a good single player campaign with plenty of platforming and shooting action, and several cunning boss monsters to defeat, the real meat is in the online multiplayer.

In the game’s enjoyable multiplayer modes two teams of 4 people attempt to win the match by covering as much ground as possible in their colour of paint, in maps that resemble skateboarding arenas. And using paint-based weapons and rollers to cover the map in ink and defeat online opponents, and swimming in patches of ink while in squid form was something that never got old in Splatoon, a game that certainly was one of the top Wii U releases of 2015.