Nintendo shocked the world when it announced that a new Nintendo Switch would be hitting shelves this year (on September 20, to be exact). Known as the Nintendo Switch Lite, this new addition to the Switch family comes in three colours: yellow, grey and turquoise.

The Lite is focused on handheld gaming only though, so there are some important differences between it and the regular model, as we’ll see below.

This is the big differentiating point between the regular Nintendo Switch and the Lite model. While the regular Switch retails for $300 US dollars, the Lite will be less demanding on your pocket, costing you a mere $200 US dollars.

Those yet to jump on the Switch bandwagon will be more likely to make the purchase, then, meaning there could be quite a few more Switch owners by the time the year is over, that’s for sure… That is, if the Nintendo Switch Lite’s other inconveniences don’t dissuade you from making the purchase.

While the flagship Nintendo Switch boasts a 6.2” screen, Nintendo has shrank the screen on the Lite to 5.5” (five and a half inches), as seen in the image below (via Forbes). The screen resolution is still 720p, so things might end up looking slightly sharper and less stretched out on the new model’s screen despite its smaller size though.

One of the defining features of the Nintendo Switch is its dual nature: you can use it as a handheld, or detach its Joy-Con controllers, put it in its dock and use it like a regular home console by connecting it to the TV, giving you the best of both worlds (that’s where the console’s “Switch” name comes from after all).

The Nintendo Switch Lite does away with all this, though, as its focused only on handheld gaming. This has led to some voices crying online: “if the Lite can’t switch, is it really a Switch?”. I would be inclined to say it is, given that it plays almost all the games the regular model does.

And even if it doesn’t connect to a TV, it could still be the preferred model for those who mainly game on the go, or who primarily use the Switch as a handheld console despite its TV connectivity option and want a cheaper, less bulky model as a complement to the flagship Switch.

You would expect Nintendo to have bumped up battery life for the Nintendo Switch Lite, given that it’s a handheld device that doesn’t connect to a TV. And the Japanese company has done just that, with the Lite’s battery lasting up to 30 % more than that of the regular Switch.

This means you’ll enjoy a battery life between 3 and 7 hours depending on the game, which isn’t bad by handheld standards and an improvement on the regular Switch’s playing time too.

Given that Nintendo is reinventing the Nintendo Switch as a handheld with the new Nintendo Switch Lite model, it’s no surprise to know that the machine won’t feature detachable Joy-Con controllers. This might make the system feel less creaky and more solid than the original Nintendo Switch was when used in handheld mode, and this might be a plus for some.

Of course, nothing prevents you from buying a pair of Joy-Con controllers and pairing these with your Nintendo Switch Lite if you’re so inclined.

No rumble or motion sensors

One feature of the standard Switch’s Joy-Cons is vibration: like the PS4 and Xbox One gamepad, Nintendo’s controllers can vibrate at certain points in the game (for instance when your in-game character takes damage) in order to make the game feel more realistic.

However, the Nintendo Switch Lite’s baked-in controls are incapable of this, so you won’t get any vibration during games (which might be a bit of a bummer for some I admit). The Lite also does away with the original Switch motion sensors, meaning motion controls won’t work. For instance, in a game like Skyrim you can swing the left Joy-Con to attack with the currently equipped weapon, something which won’t be possible with the Nintendo Switch Lite.

Not all games will be compatible

Given the differences between the Nintendo Switch Lite and the regular model, it makes sense that not all games in the Switch’s huge library will be compatible with the Lite. Super Mario Party is one such game: this multiplayer party game is designed to be used in docked mode with the Switch connected to a TV, so it will be out of bounds for Lite owners. 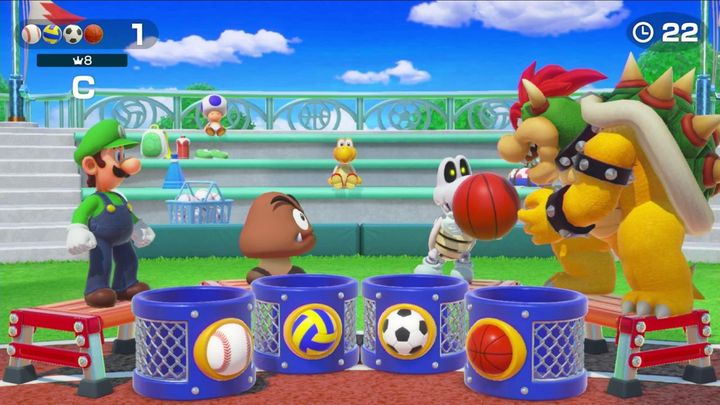 ADVERTISEMENT
Other party games such as the Just Dance series won’t be playable unless you get hold of a pair of Joy-Cons, and even then a living room game like this surely only is ideal to play on a TV and not on the Lite’s smallish screen. Same goes for others like Jackbox Party Pack – it won’t be much fun to play socially on a handheld device like the Nintendo Switch Lite. Other party games like 1-2 Switch can be played on the Lite, but will require purchase of a pair of Joy-Cons from Nintendo.

Also, the Nintendo Switch Lite has a proper D-pad on the left side, instead of the four buttons which provide the same functionality on the standard Switch. 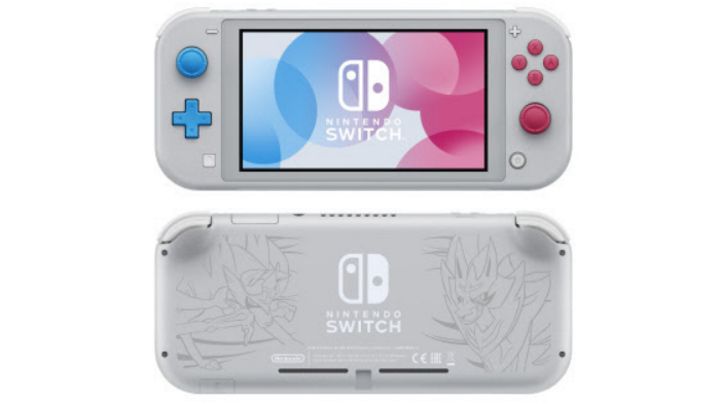 Like the original Nintendo Switch, the Nintendo Switch Lite comes with 32 GB of storage by default. You can upgrade this with an SD card of your choice as is possible with the original model. Additionally, you will be able to download any games you purchase online to any Nintendo Switch console you own (standard or Lite), as Nintendo revealed to IGN.

There’s a special edition of the Nintendo Switch Lite on the way (see above). This won’t launch on September 20 though, but rather on November 8, one week before the launch of Pokémon Sword and Shield on November 15, and is priced at $200 US dollars too.

Read more: Top things to know about the Nintendo Switch

IMAGE CREDITS
COPYRIGHT: Nintendo.
→
Next: Should you get an SSD for gaming now?