Solid State Drives (SSDs for short) have been around since the early 90’s, with their popularity increasing in the last couple of years as more users ditch their Hard Disk Drives (HDDs) in favour of flash-based storage.

This is something that makes sense taking into account the advantages SSDs have over HDDs. One of these advantages is speed. While a typical HDD tops out at about 200 MB/s, SSDs can reach much higher speeds. Actually, a typical SSD connecting to a PC via a SATA port (the same used for HDDs) can achieve speeds between 500 MB/s and 600 MB/s, leading to faster load times in games and a more responsive PC.

SSDs can go further than this though, and the latest batch of drives using the M.2 form factor ditch SATA altogether, relying on the PCI Express interface to reach blistering speeds. For instance, the WD Black SN750 SSD can reach speeds up to 3500 MB/s, which is impressive indeed.

Another plus is that SSD drives require less power than HDDs – saving on your electricity bill at the end of the month if you’re running a desktop PC, especially if you’re an intensive gamer who spends many hours in front of the computer. Also, those who game on the go will appreciate this advantage of SSDs too, as it will lead to longer laptop battery life as well.

The lower power consumption has to do with the fact that SSDs are based on flash memory, and unlike traditional magnetic drives have no moving parts – this is something that makes them more reliable than HDDs too. This means that those who are not so gentle with their gaming PCs are less likely to end with a broken hard drive if they’re running an SSD instead of an HDD.

However, SSDs are not as long-lasting as HDDs, as there’s a maximum amount of data that can be written to them before they start failing. For instance, the Samsung 860 EVO 1TB drive has an endurance of 600 TBW, meaning you can write no more than 600 TB to the drive before it croaks. Other drives let you write more to them (more than 1000 TB) over their lifetime, and even if most users will never hit this limit, it’s still something to consider. HDDs don’t have this limitation, and can be written to many times over without limits.

Also, HDDs are offered in higher capacities than SSDs. Consumer SSDs typically top out at 4 TB, while much bigger consumer HDDs are available for purchase, offering capacities up to 10 TB and bigger if you can afford it.

SSDs are also more expensive per GB than HDDs. Actually, price is the big reason why SSDs have been lagging behind as a storage solution until now despite their other advantages, even if this has been changing as of late.

Flash memory was invented in a Toshiba laboratory in 1980, but it took a long time for it to become affordable to the average Joe. The first SSD drive sold for a hefty $1,000 US dollars, had a paltry 20 MB capacity, and was made by SunDisk (now known as SanDisk) back in 1991. SSD, flash-based drives were a luxury that few could afford back then, instead settling for more affordable HDDs, which have been around since the 50’s.

SSD capacities have been increasing and prices slowly ticking down since then. For instance, Samsung announced in summer 2018 that it was producing more affordable, consumer-oriented 4 TB drives based on more efficient technology, something which would lead to cheaper drives. This has proven to be true, as Samsung’s 860 EVO 4TB SSD was selling for $1,000+ at the time, while it can now be had for little less than $600 US dollars.

Actually, flash memory prices took a nosedive in 2018 and continue to fall in 2019. This had to do with the fact that manufacturers have increasing capacity in their factories, while new flash memory technologies are entering the market as reported on ExtremeTech. More flash drives are using 3D NAND, which allows for higher densities (and therefore higher capacities) than the old 2D NAND chips. Also, starting from 32-layer chips, manufacturers have moved on to 64-layer and 96-layer chips – meaning more capacity and reduced costs.

Plus, there’s still a substantial stock of drives using the older technology, so it’s not surprising that SSD drive prices have been falling in the past year. For example, Samsung’s 860 EVO 500 GB drive was retailing for $120 US dollars on Amazon in July 31, but is now going for $78 at the time of writing according to camelcamelcamel.com (via maketecheasier.com). 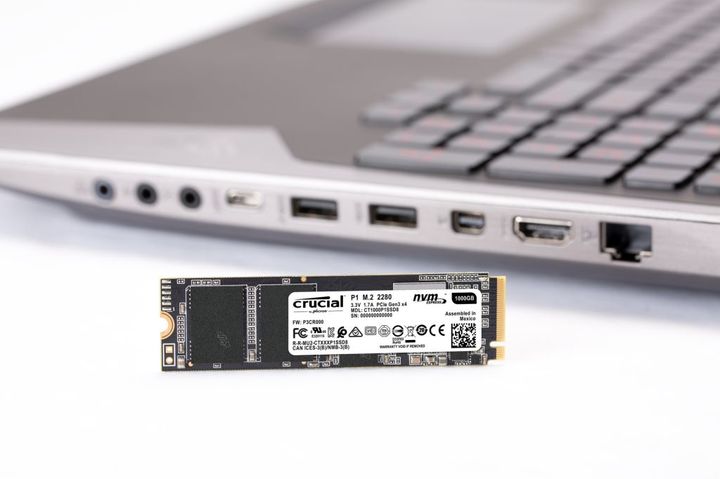 Blisteringly fast PCI Express SSDs are falling in price too.

And SSDs in the M.2 form factor such as the one in the image above, which had seemed immune to price drops in the past, are also selling for quite a bit less these days. Take for instance Crucial’s P1 M.2 SSD in a 1 TB capacity. This was going for $220 US dollars last October, but its price has since dropped to about $100, a more than 50 % drop in nine months.

You may still want to hold on, though

Does this mean you should rush out and get a large SSD to use as a games drive now? Not necessarily. The thing is that, despite the advantages of SSDs, they are still overpriced as a mass storage solution.

For instance, a 4 TB HDD, such as Toshiba’s X300 4 TB drive can be had for less than $100 US dollars. Meanwhile, an SSD of the same capacity such as Samsung’s 860 QVO 4 TB model is now going for about $450 on Amazon, although admittedly prices are falling fast. Nonetheless, the price difference between HDDs and SSDs for high capacity drives is still too big to justify for most though.

So if you’re looking for an all-in-one SSD solution for your PC and you have big storage needs, you may want to wait until the price of high capacity SSDs falls before making a purchase.

However, if you can do with a modest capacity drive (say 1 TB), then there are excellent deals to be had. This is because the cost per GB of lower capacity SSDs is far more reasonable. For instance, Samsung’s 860 QVO 1 TB drive is going for $110 US dollars on Amazon at the time of writing. Similarly, Crucial’s 1 TB M.2 SSD is going for a similar price.

However, technology is improving all the time, and SSD speeds and capacities are going up as prices keep going down, so waiting might still be the best bet here. It is expected that at some point SSD and HDD costs per GB will equalize and larger capacity SSDs (4 TB models and upwards) will become as affordable as HDDs are now – this will surely be the death knell for traditional magnetic drives. 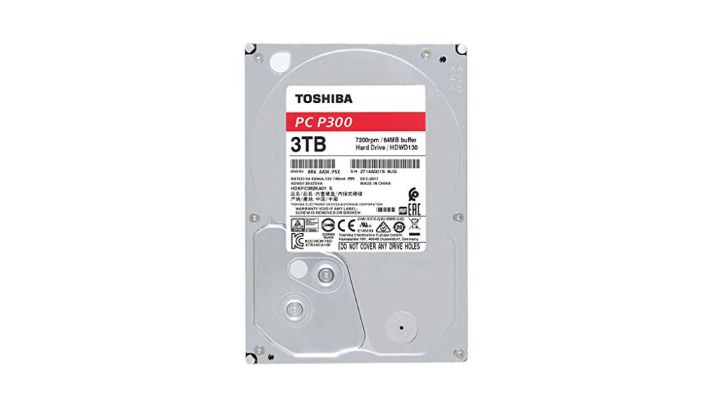 Traditional hard drives might be on their way out, but still have the capacity and price advantage over SSDs.

Nonetheless, if all you’ve got in your PC is an ordinary HDD, an upgrade that’s 100 percent recommended now is to get a smallish SSD to install Windows on, keeping the HDD (or getting a bigger, inexpensive HDD for storage). This will make your PC far more responsive, and with the operating system running on the SSD, games installed on the HDD should perform better too.

SSDs of capacities between 480 and 500 GB are now selling in the $50 – $65 US dollars price range. These offer enough room for Windows (and the odd game or two), improving your computing and gaming experience no end.

Whatever SSD you go for, though, it will certainly add a new lease of life to your PC. And even if you decide to wait before taking the plunge there surely are some great bargains to be had as 2019 draws to a close, no doubt.

IMAGE CREDITS
EVO 860 SSD (Samsung)
P1 M.2 SSD (Crucial)
P300 Hard disk drive (Toshiba)
→
Next: This is when the next Tomb Raider film is coming out
Share this >
YOU MAY ALSO LIKE
MORE ON LAKEBIT