Few will doubt that Japanese video game designer Hideo Kojima is one of the most celebrated figures in the industry, even if his breakup with Konami last year was so controversial, with many video game fans saddened by the fact that the video game star had to leave the company by the back door.

But Kojima has made a comeback, and he recently debuted his new video game titled “Death Stranding” at this year’s E3 show in Los Angeles, showing an awe-inspiring trailer featuring actor Norman Reedus of The Walking Dead. This was a haunting and evocative trailer for sure, although as is typical with Kojima, it left us with more questions than answers…

As interesting as Death Stranding’s E3 trailer was though, so is the story of how Hideo Kojima managed to keep this new game under wraps in the days leading up to the big show in L.A. The designer discussed this in a video with his colleague Kenji Yano recently, explaining the lengths he went to in order to keep his Death Stranding game a secret until the E3 reveal. 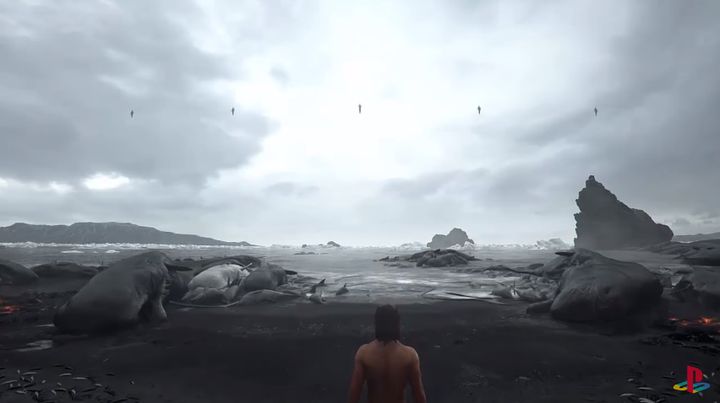 Will Death Stranding be as entertaining to play as it is gorgeous to look at?

Despite the partnership with Sony to produce the game, Kojima actually only told five people at the company about the game, so that there would be no leaks from Sony Computer Entertainment’s staff prior to his E3 presentation. Also, he abstained from tweeting about his trip to Los Angeles and refused to have his picture taken with fans when he went out for diner and to a movie screening in order to avoid attracting any undue attention before the show.

Even on the official day of Death Stranding’s announcement, Kojima used the backdoor so that he could rehearse for his presentation, and went as far as using a separate restroom to keep the game a secret until the big reveal.

There’s more to this though, as Kojima’s secretiveness even led him not to tell the members of Icelandic band Low Roar what their song “I’ll Keep Coming” (which is heard in the game’s E3 trailer) was going to be used for, according to Kotaku.

All this shows that Kojima is pouring all his passion and commitment into Death Stranding, and given his track record of producing superb games like the Metal Gear Solid series, gamers could be in for a treat when the game is released on PS4 and PC sometime in the future.