It is often the case that some video games end up being disappointments, being both disliked by video game critics and gamers alike, while also failing to sell well. Actually, there have been several notorious video game flops in the history of video games such as 2011’s abysmal Duke Nukem Forever and the not so great ET video game from the 80’s, games that few players are likely to remember fondly.

This has also been true in recent times, because while some top games have been released in 2016 such as Uncharted 4 and Hitman, other games like No Man’s Sky and Homefront: The Revolution have certainly failed to deliver, leaving many gamers with a bitter taste in their mouths this year.

And much like Hello Games’ No Man’s Sky, Homefront: The Revolution was a game that looked promising but turned out to be disappointing, despite its interesting story set in a US city occupied by North Korean invaders and weapon customization options. But the game’s poorly implemented open-world gameplay and awful characters, and also the fact that the game shipped with a plethora of bugs that got in the way of player’s enjoyment, meant Homefront wasn’t well received by gamers.

Homefront: The Revolution was a game with great potential then, but one that turned out to be a disappointment in the end. And in a recent interview with MCV, global brand and marketing director Paul Nicholls of Deep Silver commented on the game’s failure to meet expectations saying that “we have learnt some big lessons from Homefront”, adding that “you can see in the market at the moment, quality is absolutely king”. 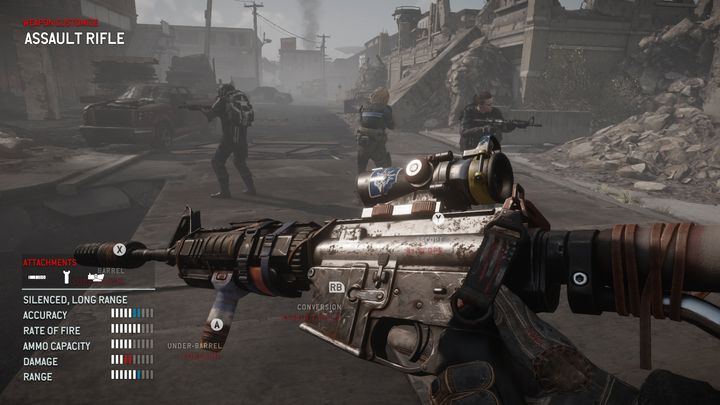 Homefront: The Revolution had good weapon customization, but sadly other aspects of the game were not up to par.

But Nicholls also said that “some big IPs have struggling figures at the moment”, pointing out that video game sales have also been a bit weak across the board this holiday season (actually, even blockbuster games like Watch Dogs 2 have sold considerably less than their predecessors, and so has Call of Duty this year too).

Although it can be said in Deep Silver’s and developer Dambuster’s defence that Homefront did not have a trouble-free development phase to say the least, as video game company Crytek (which was behind the Crysis video games) bought the IP from THQ in 2013, while Deep Silver bought the franchise rights from Crytek in 2014 when the German company was experiencing financial difficulties as reported on GameSpot, and set up a new studio (Dambusters) to continue development of the game.

Despite the game’s development troubles and poor reception, though, it’s great to see that Deep Silver continues to support the game, with Nicholls saying that players have welcomed the changes and improvements made to the game in a series of patches after Homefront: The Revolution’s troubled release last May. “With what the team there has done, getting the product patched and so on, the sentiment with consumers has really turned around”, said Nicholls.

Homefront: The Revolution’s players will hopefully be having a better experience with the game nowadays then, and here’s hoping that the game’s better gameplay ideas make it to other Deep Silver projects or perhaps a future Homefront sequel, one that truly delivers the goods the next time around.

→
Next: Mass Effect Andromeda will be one big video game, says Bioware