Star Wars: The Force Awakens is something of an international phenomenon, and it is clear that moviegoers worldwide are loving J.J. Abrams’ movie. Actually, the film has set a new box office record, making over $500 million (£336 million) in its opening weekend alone. And even if the film’s treatment of certain aspects of the Star Wars mythology is not stellar, it is still a pretty good piece of filmmaking and certainly a must-see movie right now.

And speaking of Star Wars fans, it seems that more than one big-name actor is also a Star Wars nut, as it was rumoured that James Bond star Daniel Craig had an uncredited cameo in The Force Awakens, a rumour that has been confirmed now. Speaking to Entertainment Weekly (Note: this link contains spoilers), Craig had initially denied the rumour, stating that “Why would I ever bother doing something like that? F*cking hell! Pffft. Play an extra in another movie.”. 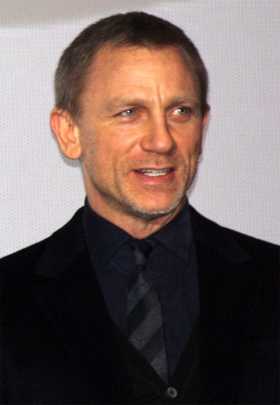 But since the latest Bond film Spectre was being shot concurrently with The Force Awakens in Pinewood Studios in the UK, more than one suggested that Craig had visited the Star Wars set to appear in the movie in an uncredited cameo. And indeed this is the case, as the English actor plays a Stormtrooper in a key scene in J.J. Abrams movie in which a certain character discovers what he can do with the Force, and Craig even gets several lines of dialog in the scene.

And this whole “big-name actor appears uncredited in a Star Wars movie” thing is certainly fascinating, and it shows how loved by the public the Star Wars universe and its characters are. People of all walks of life are paying tribute to Star Wars, from cosplaying as Darth Vader at an event to camping outside theatres before the release of The Force Awakens, as there is no doubt that Star Wars forms part of the popular culture like no other film universe does.

And it is clear that Disney’s acquisition of Lucasfilm for $4 billion US dollars is starting to make a lot sense right now, given the overwhelmingly positive response to The Force Awakens, and it looks like Star Wars fans will be getting plenty more Star Wars movies in the future, starting with the eagerly awaited Episode VIII in 2017.