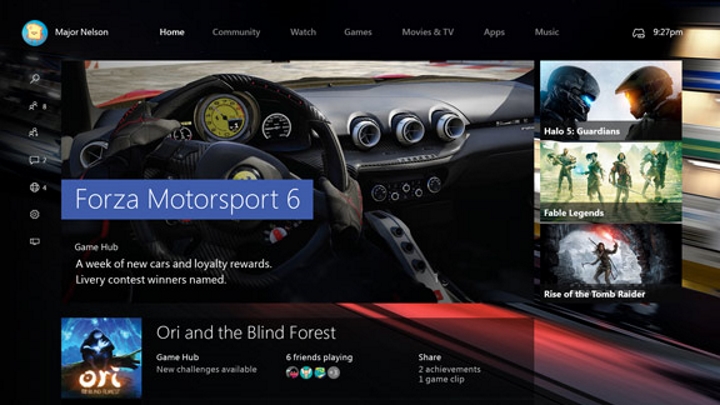 ADVERTISEMENT
Perhaps one of the biggest flaws of Microsoft’s Xbox One was its user interface. While the PS4 had a clean and nice UI that made switching between games and finding friends online a breeze, the Xbox One was stuck with a tile-based interface similar to that of Microsoft’s ill-fated Windows 8. Sadly it wasn’t pretty to look at and was also sluggish to use.

But luckily Microsoft is upgrading the Xbox One’s UI, offering a new Xbox Experience this fall. The new interface (which you can see in the image above) is based on Windows 10’s, and according to Microsoft’s Mike Ybarra the new user interface “will get you to popular gaming features up to 50 percent faster”. And like in Windows 10, video game character Cortana of Halo fame will be the gamer’s assistant in the console’s new interface, being able to answer voice commands, helping you find friends on Xbox Live for instance.