Far Cry Primal is no doubt one of the most anticipated video games of 2016. And given the game’s prehistoric setting and the fact that the Far Cry games are some of the best when it comes to delivering great first-person action and immersing players in exotic locales, it makes sense that Far Cry Primal is one of the top upcoming games of the year. Here follows a list of the top things to expect from Far Cry Primal. 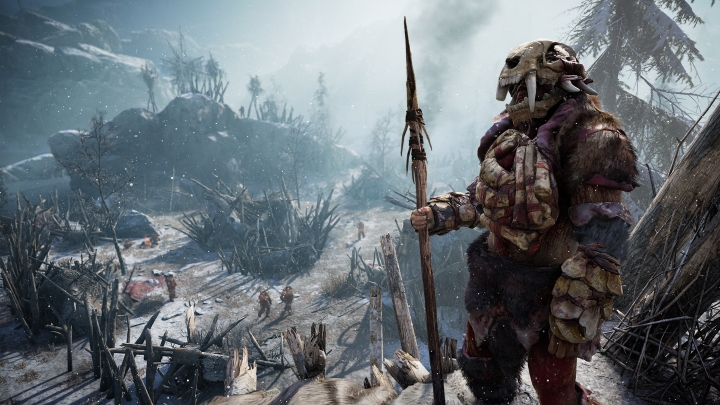 ADVERTISEMENT
Perhaps the most striking thing about Far Cry Primal is that it is set in the Stone Age, thousands of years before our modern times. This is certainly a departure from the modern settings of earlier Far Cry games, like the war-torn country of Kyrat seen in the earlier Far Cry 4. And while cavemen did not have modern weapons at their disposal, having only access to primitive gear like spears and bows, at least it looks like the fictional land of Oros in which the game is set will be as atmospheric as the settings of earlier Far Cry games.

And Ubisoft has even created a primitive language that characters in the game will communicate in (which is subtitled in English during gameplay and cutscenes), helping immerse players in Far Cry Primal’s prehistoric world. And it is likely that Oros will be as beautifully realised as earlier Far Cry settings, with plenty of prehistoric sights and secrets to discover, hopefully making up for the lack of modern amenities like drivable vehicles… 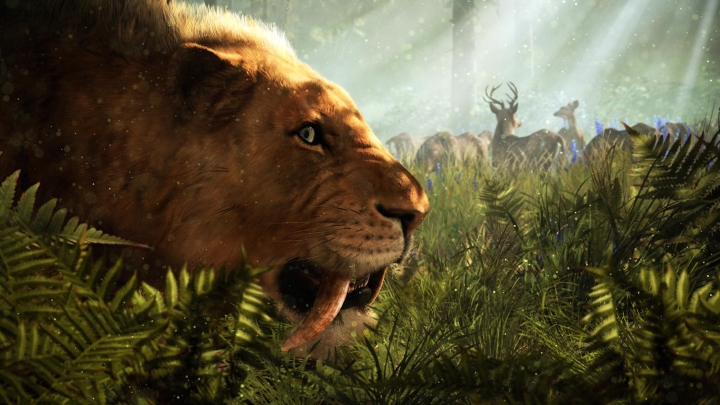 Much has been made of the fact that due to Far Cry Primal’s prehistoric setting, players won’t have access to the firearms and explosive weapons like grenades that have become a hallmark of the series. But judging by the gameplay video below, it looks like the action will be as fun and dynamic as in earlier Far Cry games, as protagonist Takkar will not only have access to bows and spears, but will also be able to tame the wildlife and use it to his advantage.

You see, Takkar is a “beast master”, who can command animals like the deadly sabretooth tigers and make the giant cat pounce on his enemies, and he also has a pet owl which he can use to scout his surroundings and see the locations of enemies in hostile outposts, for instance. And taking over enemy outposts in Far Cry Primal is likely to be as entertaining as in previous games thanks to the fact that Takkar can use the deadly prehistoric wildlife to his advantage and even weaponize fire by setting his arrows alight, and of course, he can also resort to stealth by taking down his enemies in a silent fashion…