Fans of the Star Wars movies will surely be familiar with the Empire’s famous (or infamous) Tie Fighter spaceship, which was flown by Darth Vader during the Rebel assault on the first Death Star in the original Star Wars movie.

Actually, Vader piloted an enhanced version of the classic Tie Fighter known as the Tie Advanced x1, which has now been added to Star Wars Battlefront and will be available to pilot in two of the games multiplayer modes: the new Battle Station mode and in Fighter Squadron. The Tie Advanced has several special abilities: a shield boost that makes the spaceship invulnerable for a short period of time, a speed boost which allows faster flight, and the Relentless Assault special ability which increases the rate of fire and allows players to deal bonus damage to enemies.

But those who prefer the light side of the Force will also be delighted to hear that the Red Five spaceship has also been added to the game as part of the Death Star DLC, which was Luke Skywalker’s X-Wing in the movies and which players can now fly alongside two player-controlled wingmen.

5 new maps, plus new weapons and Star Cards, are now available in the game 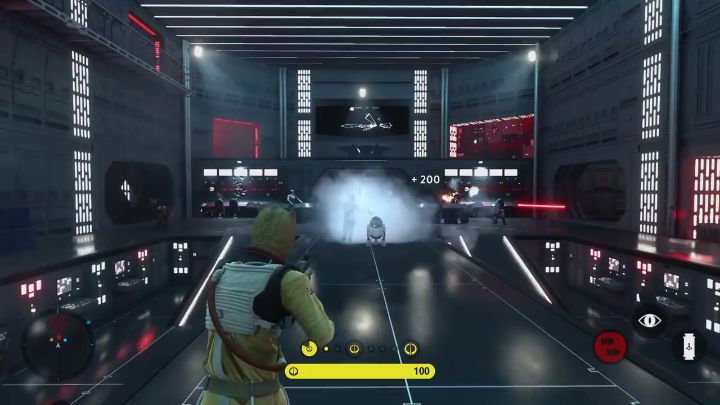 ADVERTISEMENT
Those players who get the new Death Star DLC will have access to new maps on which to play some of Battlefront’s classic multiplayer modes like Heroes vs Villains, with some of these maps being set on the Death Star itself.

DICE has also added new “star cards” to the game. One allows players to use the new Laser Trip Mine explosive device, and another one makes a “Medical Droid” available in the game which can heal players during combat. This droid can also reduce the cooldown time of star card abilities like “focus fire”, allowing you to use such abilities more often in battle.

Players will also be able to access two new weapons in Battlefront: the TL-50 Heavy Repeater and the K-16 Bryar Pistol, both of which have a secondary fire mode that allows players to deal more damage to opponents in combat, giving your side (Rebels or Imperials) and edge in the game…

Note: the Death Star DLC is now available to owners of Star Wars Battlefront’s season pass. It will be available to buy standalone in early October.