But it is clear, though, that gamers had become a bit too familiar with the game’s parkour-based gameplay, as the latest game in the series, Assassin’s Creed Syndicate, did not sell as well as earlier releases. So it certainly makes sense for Ubisoft to give the Assassins a break, even if it seems we won’t have to wait so long for the next game, which will likely be set in Egypt.

And while Assassin’s Creed fans wait for the next video game instalment of the franchise, those who are fond of reading books with historical themes will be happy to hear that Ubisoft has partnered with American publisher Scholastic to release a series of books based on their Assassin’s Creed games, which will be titled “Last Descendants”, according to IGN. 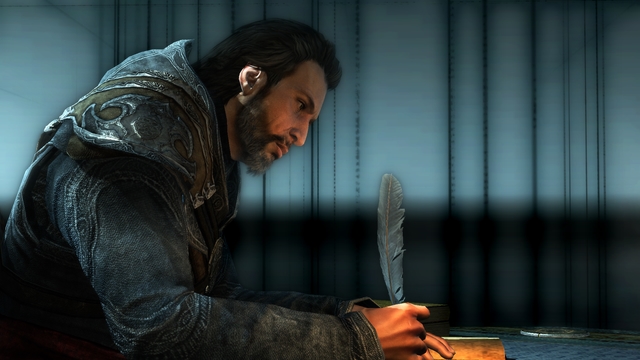 These books will be authored by Matthew J. Kirby, who has written novels like The Clockwork Three and Icefall, having received multiple awards for the latter. Kirby’s first Assassin’s Creed book has a teenage protagonist who relives the memories of his ancestors using an Animus machine like the protagonists of Ubisoft’s video games do, and will feature a variety of historical settings like the Aztec Empire. And of course, as is typical in Assassin’s Creed, plenty of historical characters will appear in the novel, like 19th US senator William “Boss” Tweed, a man who once famously said that “my constituents don’t know how to read”.

But still, these new Assassin’s Creed books may keep more than one Assassin’s Creed fan happy until the next major game in the series is released. And Ubisoft has also released the Prince of Persia-inspired Assassin’s Creed Chronicles games this year, which were a fun little diversion even if video game critics did not rate them highly. Also, the eagerly awaited Assassin’s Creed movie starring Michael Fassbender hits the theatres in December, so it seems that there’s still plenty of Assassin’s Creed goodness headed our way this year…

Note: The first book in the “Last Descendants” Assassin’s Creed book series will come out in September 2016 in the US, UK, Canada, Australia and New Zealand.