Although the movie studios have produced more than one dud when adapting video games to the silver screen, there have been quite a few good movies based on video games. And even though the history of video game movies is dotted with failures, video game fans are still waiting for that great blockbuster video game movie, one that is both a commercial and critical success… 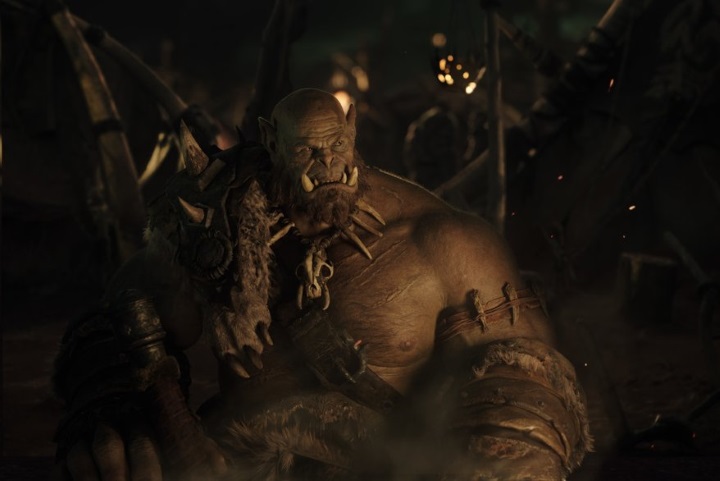 Orgrim the orc is a special effects masterpiece, but will the Warcraft movie live up to Blizzard’s great video games?

This movie is based on a fantasy universe created by video game developer Blizzard, which features bloodthirsty orcs, cunning elves and humans battling it out for supremacy. And the most popular Warcraft game is undoubtedly World of Warcraft, which boasts millions of players worldwide, although this Warcraft movie is not directly based on it. But it is noteworthy that lead actor Robert Kazinsky, who plays an orc named Orgrim (see picture), is a huge fan of that online multiplayer role-playing game, and claimed to have spent untold hours playing it.

Kazinsky also caused a good impression as an Australian Jaeger pilot in Guillermo del Toro’s Pacific Rim, and this certainly bodes well for the movie, and also the fact that Duncan Jones will take care of directorial duties. His previous movies Moon and Source Code were not half bad, but it remains to be seen whether this upcoming video game movie can become a hit, and please not only fans of the video games but a more general audience as well.