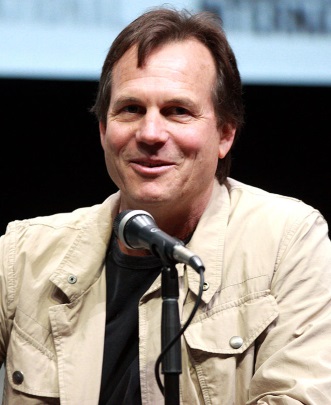 This BBC movie is not out yet, and it has already generated quite a bit of controversy. Game creators Rockstar, who are behind the GTA video games this movie is based on, have sued the BBC as they were not involved in the making of the movie and feared their trademarks “could be misused”.

And ironically enough, this movie is based on the lawsuit that was brought against Rockstar themselves in 2005, after teenager Devin Moore shot 2 police officers and a radio dispatcher in the US state of Alabama. Former attorney and anti-video game crusader Jack Thompson claimed that Moore was inspired by the GTA games, and referred to Rockstar violent video games as “murder simulators”. And according to actor Bill Paxton, who plays Thompson in the movie, the BBC’s film puts Thompson and Rockstar “on a collision course”.  So this is a certainly a movie to look forward to when it is released in 2016…