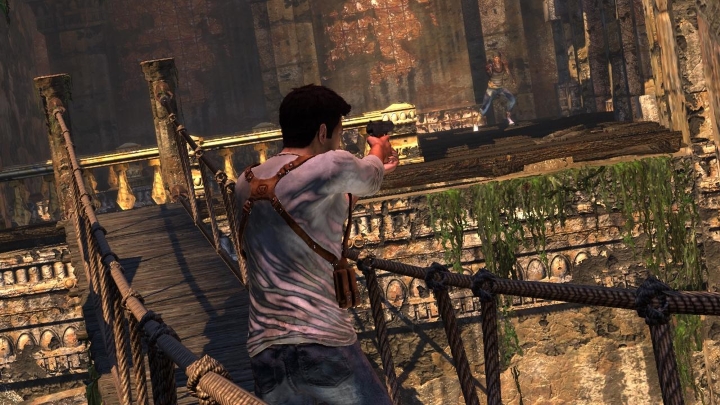 The Uncharted video games have offered action and adventure in exotic places… can viewers expect the same from the movie adaptation?

The Uncharted series of games, which are made by video game company Naughty Dog, feature one of the best-known characters in the video game world, Nathan Drake. And like Lara Croft in the Tomb Raider games, he’s an adventurous treasure hunter who’s not afraid of raiding ancient ruins to get his prize, accompanied by his old buddy Sully and by daring newswoman Elena.

And it is not yet known at the time of writing who will play the intrepid hero Nathan Drake. Reportedly, the likes of Mark Wahlberg (who also starred in video game movie Max Payne), Chris Hemsworth of The Avengers fame, Chris Pratt and Canadian actor Nathan Fillion have been considered for the role. The movie will likely be in the vein of Angelina Jolie’s Tomb Raider movies, and the plot will involve a treasure hunt in the mythical South American city of El Dorado. And hopefully this is a movie that won’t become mired in development hell and make its summer 2016 release date, pleasing the millions of Uncharted fans who are eager to see Drake’s adventures on the silver screen.