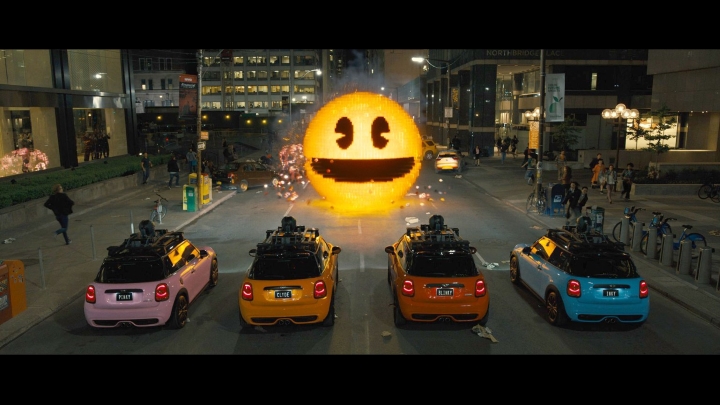 ADVERTISEMENT
Adam Sandler’s 2015 sci-fi comedy Pixels at least has an original premise: aliens respond to an interstellar message sent by humans by attacking the Earth, misinterpreting the message’s video game content as a declaration of war… What’s more, these aliens certainly show a sense of humour by taking the shape of iconic video game characters like Donkey Kong and Pac-Man in their all-out assault on Earth.

The movie does have some pretty good CGI and we get to see Pac-Man devouring New York’s streets while a group of intrepid heroes and former 80’s gamers led by Adam Sandler’s character attempt to halt this extra-terrestrial video game invasion… The humour does fall flat most of the time though, and not even Game of Thrones star Peter Dinklage’s solid performance as video game junkie Eddie can save this comedy, which admittedly at least does show a love for classic 80’s gaming…