It is clear that Virtual Reality (VR for short) is a big thing in the video game world these days, with companies like Oculus and Sony gearing up to release their VR headsets in the coming months. Sony’s PlayStation VR in particular holds much promise, as it would bring an affordable VR experience to the millions of PS4 owners out there.

And now French video game company Ubisoft has announced that it will release some kind of Virtual Reality experience soon, although it won’t be video game-related this time. But Ubisoft had already hinted with an earlier VR trailer for the Jack the Ripper DLC for Assassin’s Creed Syndicate that it has an interest in entering the VR arena, and it is likely that the company will put out some kind of VR game in the near future. 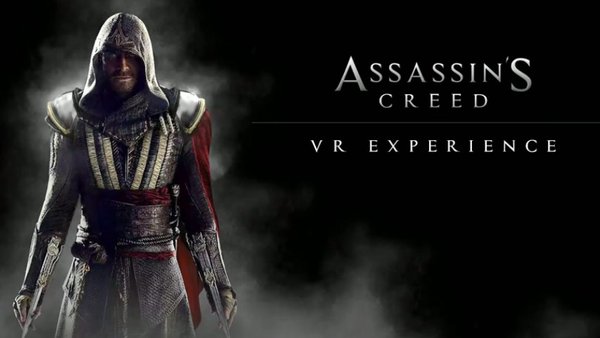 What mystery VR experience does Ubisoft have in store for Assassin’s Creed fans?

So what’s Ubisoft’s upcoming Virtual Reality ‘experience’ about?  It’s related to the upcoming Assassin’s Creed movie, which is slated for release in December this year, and is certainly one of the most hotly anticipated video game flicks of the year. And although video game movies are loathed by the critics in general, the fact that the movie won’t have to compete with a major Assassin’s Creed game this year might actually help it succeed this fall.

But now that Ubisoft’s hype machine for the upcoming Assassin’s Creed movie is in full gear, it is likely that the Assassin’s Creed VR experience will be some kind of interactive trailer for the movie, perhaps one that lets viewers control the camera and watch the action from different viewpoints like it was possible in Ubisoft’s earlier Jack the Ripper trailer.

Hopefully though, the Assassin’s Creed VR experience will be appealing enough so that general audiences unfamiliar with the Assassin’s Creed games will take an interest in director Justin Kurzel’s movie, which given its A-list cast, high production values and Ubisoft’s backing through its own movie studio, could end up being the first truly successful video game movie to date.

→
Next: Sony’s PlayStation VR Is Cheaper than Rivals, Could Become a Huge Success