A movie based on the Uncharted video games will begin shooting soon, despite the fact that it currently has no director attached to it.

So said lead actor Tom Holland in a recent interview with IGN (via GameSpot). According to Holland, shooting for the movie begins in four weeks, meaning that him and co-star Mark Wahlberg will be together in front of a camera this March.

Tom Holland will play adventurer Nathan Drake, the protagonist of the Uncharted games. He first appeared in Naughty Dog’s Uncharted: Drake’s Fortune game back in 2007, and more recently in 2016’s Uncharted 4: A Thief’s End.

Holland told IGN that the upcoming movie was inspired by Uncharted 4 (which the actor says is a game he enjoyed playing), but is not a direct adaptation of any of the Uncharted games, which include a mobile outing for the PS Vita and a standalone expansion for Uncharted 4 not featuring Nathan Drake.

Aside from Tom Holland, the movie’s cast also includes Mark Wahlberg, who at some point in the movie’s production was going to play Nathan Drake, but finally gave up on the role as the movie was stuck in development hell for years. Previous actors attached to the role included the likes of Chris Pratt, but now it’ll be Tom Holland who gives life to a young Nathan Drake on the silver screen. 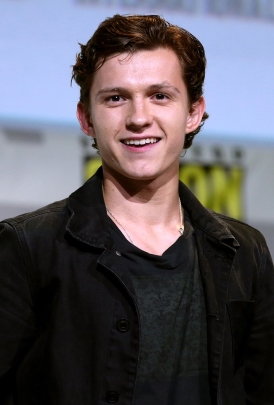 Regarding Mark Wahlberg, he will be playing Victor Sullivan (aka Sully), a father figure and mentor to Drake. And given that Tom Holland will be playing a younger Drake in this movie, viewers will get to see their relationship from a different angle. Although the superb Uncharted 3: Drake’s Deception game featured a flashback scene explaining how a young Drake and Sully met in Colombia as GameSpot points out, it will sure be fun to see Drake in his earlier years in the upcoming movie no doubt.

Tom Holland also said in the interview this will be “a pretty awesome movie. It’s global. We travel the world. We see some amazing place. And Mark Wahlberg and I are going to have a great summer together.”

Regarding the movie’s director, it seems Sony Pictures will be hiring Ruben Fleischer for this film. Fleischer has previously helmed Venom and Zombieland, and is the latest candidate to direct the Uncharted movie.

It remains to be seen, though, if Fleischer will be up to the task of directing a globetrotting, massive adventure film like this one, which is also based on one of the biggest video game franchises of all time, and deliver a movie both filmgoers who are clueless about the games and those who love Naughty Dog’s Uncharted video games will love. It certainly won’t be an easy task, as video game movies in the past have either been complete duds or tanked at the both office, or both.

So here’s hoping this turns out to be a video game movie worth its salt when it hits theatres in March next year, then.

Read more: Will the Uncharted movie be true to the games?