If one thing is clear, is that GTA V is one of the most successful games ever made, period. Rockstar’s open-world game has sold more copies than you can shake a stick at (110 million and counting), making it one of the best-selling games of all time. Actually, it’s only beaten by Minecraft and Tetris right now, games with even more universal appeal than Grand Theft Auto, but still without the rabid fanbase Rockstar’s game has.

Also helping cement GTA V into the collective consciousness has been GTA Online, the online multiplayer side of the game which has kept millions of people playing worldwide due to its variety of missions and activities.

However, GTA V is now 5 years old – it originally shipped on Xbox 360 and PS3 way back in 2013, and many fans have been clamouring for a new entry in the award-winning series for a while now.

And it’s clear that Rockstar must be working on a GTA 6 right now – the company would be nuts not to release another sequel to its golden goose franchise considering that GTA V has made more than $6 billion US dollars to date, and still continues to bring in cash for Rockstar via GTA Online microtransactions.

So another GTA sequel is something of a given then, and recent leaks on forum website Reddit (via Forbes) might have revealed what to expect from the next Grand Theft Auto game.

One surprising thing to come out of this leak is that GTA 6 could boast four protagonists. Two of these would be cops, while the other two would be the typical lowlifes which have starred in the Grand Theft Auto games to date.

Also interesting is that according to the leaker the game would be set in Liberty City in the modern day. Liberty City was a fantastic location in the likes of GTA IV, so it’s likely many players would be happy to return to the New York-inspired metropolis in another Grand Theft Auto game.

And it seems that Rockstar is willing to try new things gameplay-wise in the new GTA according to this leak: playing as the criminals you get to build your criminal empire in the game’s sandbox environment (“Fallout 4 meets the Sims”, as the leaker himself describes it). The police side of the story will focus on action, with a hint of L.A. Noire according to the leaker. Also, we can expect twice as much dialogue as in GTA V, and a “really crazy plot twist” too.

However, several details put the credibility of this leak into question as some Reddit users have pointed out. In particular the release date for the game is given as sometime between 2021 and 2023 (very spaced out – and out in the future in the case of a 2023 release – even for a Rockstar game) and also the return to Liberty City.

This is because Liberty City has already been the setting of a few Grand Theft Auto games, including GTA III, GTA IV and the Liberty City Stories spin-off, so it seems too early for Rockstar to head back to their New York-inspired city, no matter how great a location this was in the earlier games. And while playing as a cop can be a great thing in a GTA-style game (as the likes of True Crime: Streets of L.A. and Sleeping Dogs have proven in the past), it surely wouldn’t feel like a GTA game if you’re playing as one of the boys in blue…

And this is not the only leak that’s doing the rounds online right now. 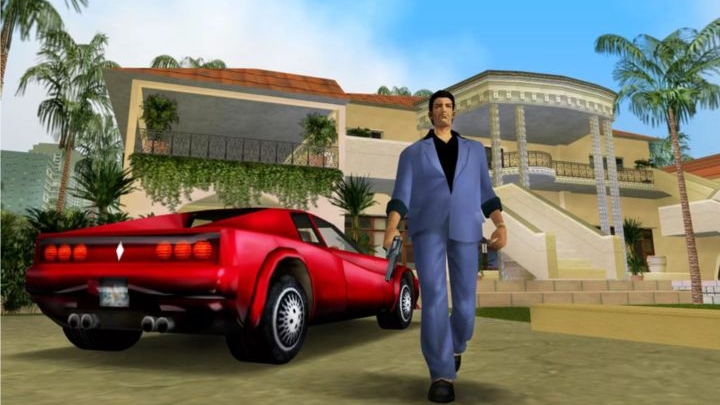 Presumably, the next GTA game will be taking us back to Vice City or maybe Liberty City… We do not know for certain yet.

Actually, another leaker on Reddit has different claims about what we should expect from the next Grand Theft Auto, which he says were relayed to him by an “inside source”. This other leak sounds more interesting though, as it claims that GTA 6 will be a next-gen game spanning several continents, focused mainly on Vice City.

As long-time fans of the series already know this was the setting of 2003’s GTA: Vice City, which is one of the most memorable locations in a Grand Theft Auto game yet. Meanwhile, GTA: Vice City sure is one of the top games in the franchise to date.

Aside from the San Andreas-style multiple city setting, the leaker claims the cities in the upcoming GTA 6 “will have depth as oppose [sic] to scale”, with players being able to enter more buildings and interact more with the environment. This would definitely be a plus point, as more enterable buildings would definitely make the game world feel more alive and the cities more realistic, but it remains to be seen whether this will actually be Rockstar’s focus for the new game, even if right now it does seem like a logical course of action for players to be able to enter more buildings in a Grand Theft Auto game.

One thing this leak doesn’t claim is that GTA 6 will boasts several protagonists. According to the leaker, Rockstar’s next Grand Theft Auto game will feature only one protagonist named Kacey, who like the lead in 2003’s Vice City game is involved in drug smuggling. As far as I’m concerned having one protagonist would certainly be a plus, after GTA V spread itself thing by splitting the story amongst various (albeit great) protagonists.

Although those holding their breath for the next GTA will probably want to contain their excitement: the person behind the leak also claims that Bully 2 (and not GTA 6) will be Rockstar’s next game, so might yet have to wait a while before we get to play another Grand Theft Auto adventure.

Of course, early leaks like these are always to be taken with a pinch of salt, and Rockstar has yet to make any official announcements about GTA 6 so the information contained in these leaks could very well turn out to be a load of bull. Here’s hoping then, that Rockstar breaks its silence about the next GTA sooner rather than later, so that at least we can be sure what to expect from the next game in the company’s best-selling franchise to date.

Read more: What kind of game would GTA: Tokyo have been?

→
Next: Blizzard explains why it cancelled Project Titan