There was a time when the average gamer hated Electronic Arts (EA for short) more than any other video game publisher out there. After all, EA was behind games like 2013’s SimCity reboot, a game so bug-ridden and broken at launch that it left a bitter taste in gamer’s mouths for years to come.

EA also published Dragon Age 2, a mediocre sequel to the great 2009 RPG that left quite a few players bitterly disappointed (and the less is said of those terrible Dead Space sequels, the better…)

It’s not so surprising, then, that EA managed to snag the dubious “Worst Company in America” award from The Consumerist two times in a row, a first for any video game company to date.

But it seemed that those times were now firmly in the past, and EA had once again become a renowned and respected publisher, and one seen with good eyes by most gamers the world over after it put out a string of great games over the years including the likes of 2014’s Dragon Age: Inquisition (which won plenty of GOTY awards despite its flaws).

However, a string of negative events this year has once again put EA under a negative light, including the botched launch of Mass Effect: Andromeda, a game which arrived in such a flawed state that developer Bioware might now be forced to postpone the next entry in the franchise indefinitely.

Actually, the Canadian developer is now focused on Destiny 2-rival Anthem, a game that will embrace the games-as-a-service model and those reviled microtransactions many gamers are starting to dislike more and more these days.

Also, many Star Wars fans were unhappy about the fact that EA recently dismantled high-profile studio Visceral Games. The California-based team was working on a single player Star Wars game which was said to offer an experience similar to the Uncharted games. Actually, former Naughty Dog writer Amy Hennig was involved in the game’s development, while ex-Ubisoft employee and Assassin’s Creed mastermind Jade Raymond was also lending her creative expertise to the project.

That game is to be no more, though, and it’s likely that many gamers were not happy to hear that EA executives were unconvinced about the game’s profit potential, almost certainly the reason why former studio Visceral’s game will likely offer a very different experience if it ever hits shelves in the future.

But no matter how many reasons gamers have had to feel uneasy about EA in 2017, Star Wars Battlefront 2’s microtransactions surely have been a point of contention this year. The reason is that, unlike a game like Overwatch in which players can pay for cosmetic items and skins for their avatars with real-world cash, Star Wars Battlefront 2’s loot boxes give players a very tangible advantage in the game’s multiplayer matches. 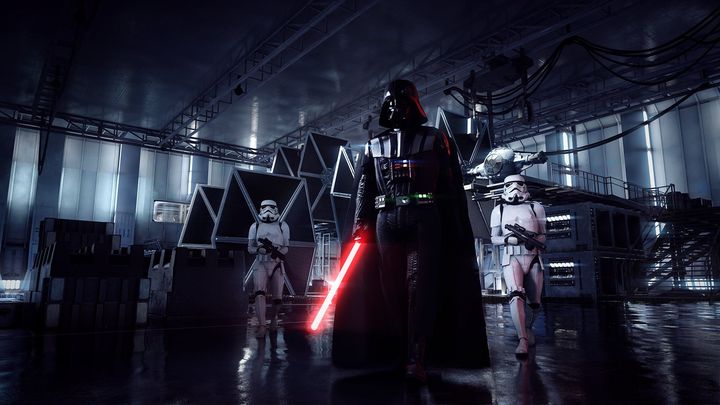 Are microtransactions a tool of the Dark Side or a necessary evil? Either way, EA has removed them from Star Wars Battlefront II for the time being.

An example are Star Cards which grant you health regeneration boosts and reduced damage from explosions, for instance, giving the player and his or her team the edge on the battlefield. These Star Cards which could be obtained via loot boxes which you could pay for with real-life money.

I say could because, in a move that shocked almost everyone in the video game industry, EA decided to remove the game’s microtransactions hours before the game shipped worldwide on November 17. This no doubt had to do with the mountain of negative PR the US company was getting as a result of Star Wars Battlefront 2’s pay-to-win progression system (Activision Blizzard even put out an ad ridiculing EA’s predatory practices in its new Star Wars game).

“We hear you loud and clear, so we’re turning off all in-game purchases. We will now spend more time listening, adjusting, balancing and tuning”, wrote EA in a blog post, adding that “the option to purchase crystals in the game is now offline, and all progression will be earned through gameplay”.

Few could have expected this turn of events taking into account that many see EA as a ruthless money-making machine, one which had no quibbles about axing a studio like Visceral when it had doubts about whether its upcoming Star Wars game would do enough to prop up its bottom line.

Of course, Star Wars Battlefront 2 will likely sell millions of copies with or without those microtransactions, and anyway, it seems their removal from the game is only a temporary thing after all. You see, developer DICE (the people behind last year’s hit Battlefield 1) are currently fine-tuning Star Wars Battlefront 2’s progression system, and hopefully will come up with a microtransaction model that is less pay-to-win and mostly allows players to buy cosmetic items a la Overwatch.

This would certainly be a welcome move that would help level the playing field in EA’s latest Star Wars shooter, making the game an even more enjoyable experience for the millions of people likely to be playing Star Wars Battlefront 2 this holiday season.

So perhaps EA could still put a positive spin on Star Wars Battlefront 2’s pay-to-win controversy then, but it’s clear that pulling the plug on the game’s microtransactions so close to launch will help the company redeem itself in many gamer’s eyes. Here’s hoping though, that when microtransactions return to the game these help make playing Star Wars Battlefront 2 an even better experience for those gamers who decide to get hold of EA’s Star Wars shooter this year.