Australian retailers Target and Kmart gave in to the demands of an enraged group of customers and removed GTA V from their shelves early in December. Almost 46,000 people signed a petition against Rockstar’s mega-blockbuster. This may seem like a lot of people, but the number pales in comparison to the 50+ million who have played and enjoyed the game. Three women originally signed the petition, who claimed the game “encourages players to murder women for entertainment”.

And in a bizarre turn of events, another group of customers is behind a petition on change.org to have the Bible removed from the shelves of retailer Target. Those behind the petition claim that the Bible encourages the same kind of behaviours towards women as GTA V! Target just responded that they don’t actually sell the Bible though.

But does the GTA series encourage this sort of violence and is it really so sexist? Sex workers have featured in all GTA games since GTA III. The player can park their car close to them, “engage in a little action”, which restores the player’s health, and pay for the woman’s services. But the most controversial thing is that the player can kill the woman afterwards and get his money back.

I don’t argue that this isn’t violent, after all, the GTA games are some of the most violent around. But GTA V alone has been played by more than 50+ million people. Would any sensible and well-adjusted adult resort to this kind of violence just because they played a video game? Mentally unstable people can blame a Disney movie for their violence if they want. 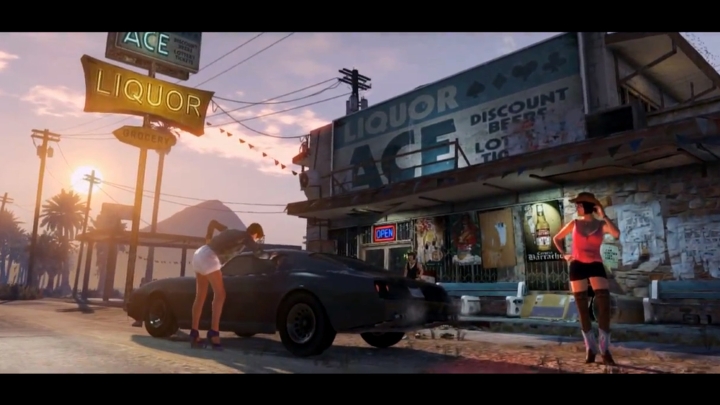 ADVERTISEMENT
Although I have to admit that the portrayal of women in GTA games is sometimes sexist. Take GTA: Vice City for instance. At some point in the game you can become the owner of an adult movie studio, and get to meet adult movie star Candy Suxxx. She is the typical red-haired bimbo with curves that would make Lara Croft envious. Although she would not score highly when it comes to brains though.

And in GTA IV Niko Bellic can take a break from causing havoc in Liberty City to visit a rather posh strip club, were scantily-clad and curvaceous women will perform a striptease for him if he so desires. Now these stripping sequences are certainly a bit sexist, but do they encourage real world sexism? The key is that people play the GTA games to have fun. They want to enjoy a video game world such as Los Santos in which they can engage in a series of fun activities.

And going back to the Australian petition to have GTA V removed from shelves, the fact that it succeeded is a victory for censorship. The protagonists of GTA V, Michael, Franklin and Trevor are not role models nor they are meant to be. They are highly imperfect individuals, and on the wrong side of the law. But the reason people play these games is because they are immersive, and hugely entertaining.

And if some of the behaviours portrayed in the game are sexist, bear in mind that Rockstar’s writers are fond of social satire and critique, and they obviously don’t encourage people to do anything illegal. GTA V like any other video game is just a form of entertainment, and fortunately sensible adults can tell the difference between a video game and real life.

→
Next: 7 Mods That Make Skyrim Beautiful