Despite the departure of ace designer Hideo Kojima from Konami last year, the Japanese video game company has still been putting out Metal Gear Solid-related video games on the market, and exploiting the franchise in other ways.

Of course, Metal Gear Solid V needs no introduction as it was one of 2015’s best games, a great action and stealth game with superb missions taking place all over the world and a great story involving political intrigue and a devious conspiracy… Metal Gear Solid V was Hideo Kojima’s last game at Konami before he was expelled from the company after presumably falling out with Konami’s management, in what was one of 2015’s top video game controversies.

Kojima had not spoken much about his departure from Konami or his Metal Gear Solid games up to this point though, but a recent event involving Metal Gear Solid has made the veteran Japanese designer speak up. 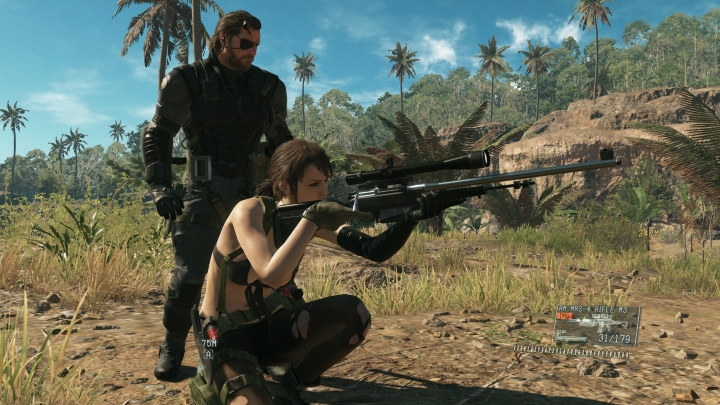 Metal Gear Solid V was one of 2015’s best games, and it surely had no zombies in it…

This is because Konami recently announced that it would be releasing a new game in the series titled “Metal Gear Survive”, which unlike earlier Metal Gear games is to feature zombies. This seems to have riled up Kojima, with the veteran designer saying that “the Metal Gear games are about political fiction and espionage” according to IGN, adding that “if I had worked on that game, it would have mechs in it”.

And it is true that the addition of zombies to Metal Gear Solid does not seem to be a good fit, with the series being more focused on espionage and politics as Kojima himself points out. But the thing is that games like Call of Duty also have those themes at their core, plus they also feature a great zombies mode which many regard as one of the most fun features of the franchise…

So perhaps Konami’s idea of bringing zombies to Metal Gear Solid might be an attempt to replicate the success of Call of Duty’s famous zombie mode, although we will have to wait and see whether Metal Gear Survive will end up being a success or not.

Hideo Kojima has long since left Metal Gear Solid behind though, but it is logical that he’s concerned about the direction Konami is taking the franchise in (after all, he worked on the Metal Gear Solid games for almost 30 years). So even if the veteran designer no longer has a say regarding Metal Gear’s future, here’s hoping that his recently announced game Death Stranding and his new studio enjoy success in the future.