Many gamers and pundits were stunned when the Xbox Scorpio’s hardware specs were revealed in a recent report. Because it’s clear that Microsoft’s upcoming console will be something of a beast, and surely is a notch above even Sony’s powerful PS4 Pro.

But will Project Scorpio (Microsoft’s codename for this upcoming member of the Xbox family) be a more desirable gaming machine than the good old PC?

At first glance it appears that the Scorpio will be a good alternative for high-end gaming, no doubt. This is because it will combine the simplicity of a console with the sort of power users expect from a gaming PC. And it’s also likely to be far more affordable than a powerful PC gaming rig (many pundits expect it to be priced at around $500 in the US).

For many, the Scorpio could become the ideal console on which to play multiplatform games, without having to worry about the operating system issues, drivers and configuration problems that are the bane of PC gamers. Plus the Scorpio does seem to have the horsepower to run most current games at 4K, something that its rival the PS4 Pro can’t seem to manage most of the time.

But no matter how well-specced the Scorpio is, it’s clear it won’t be drawing PC gamers away from their machines anytime soon. One reason is that the Scorpio will be lacking some of the PC’s finest exclusives like Civilization VI, Starcraft 2 and DOTA, the wildly popular online multiplayer game. These are huge PC-centric exclusives more suited to keyboard and mouse play, and unlikely to make the jump to Scorpio anytime soon.

Actually, regarding exclusives, the truth is that Microsoft’s Scorpio console won’t have any at all, as any game released for it will also be available on PC and Xbox One too. The reason why the Xbox One will get all the Scorpio games too is that this won’t actually be a new-gen console but just a “mid-generation upgrade”, meaning it won’t get any exclusive games of its own. 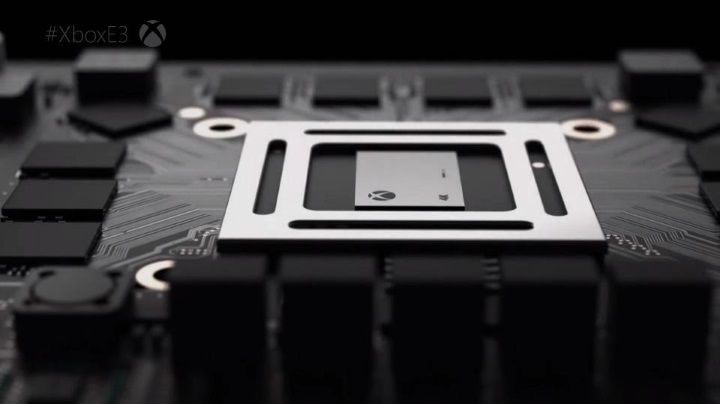 We still don’t know how the Scorpio will look on the outside, but it’s innards are pretty impressive though…

Another thing is that while the Scorpio might have the horsepower to run most games at 4K resolution on ultra-high definition TVs when it’s released later this year, the truth is that games on PC will still look better in the long run. This is because PCs can be upgraded to meet more demanding hardware requirements, while the Scorpio’s hardware cannot be upgraded as is the case with all other consoles on the market right now. This means that the PC will still be the only platform in the foreseeable future which will be able to run games at true 4K resolution, with the Scorpio and PS4 Pro just delivering a compromise in this regard.

Another appealing aspect of PC gaming which Scorpio users will be missing on are Steam sales. These allow PC gamers to get hold of new game releases at healthy discounts, with better deals being seen on Steam than on the Xbox Store and PlayStation Network each year.

Plus even though the Scorpio is backwards compatible with both Xbox 360 and Xbox One games, the Pc still has the biggest video games library in the world, and can run everything from modern action games to RPGs released decades ago. And believe it or not, PC gamers will soon be able to play PS4 exclusives through Sony’s PS Now streaming service, something Scorpio owners will obviously not be able to do.

All in all, it’s clear the Scorpio will be something of a niche product, and likely will have a hard time finding its place amongst the PS4 Pros, Nintendo Switch and Xbox Ones of this world. It’s also up against the PC, though, a more flexible and powerful gaming option that’s likely to leave the Scorpio in the dust when it launches later this year.

But who knows, Microsoft’s machine might yet turn out to be a success. It might be coveted by console-only gamers who wouldn’t touch a PC with a barge pole and who might have been disappointed with the PS4 Pro’s inability to deliver true 4K graphics in most games. So here’s hoping the Scorpio does find its place this year and ends up being the perfect holiday gift for some console players when it hits the market in late 2017.