Ever since Sony launched the PS4 Pro back in November 2016, the Japanese company has been marketing the system as a high-end alternative to the PS4 Slim, a machine for those willing to spend extra dosh on a console system and which presumably would offer better visual quality and performance in most PS4 games.

But those paying extra for the PS4 Pro likely have been feeling slightly let down by the fact that most game developers are not bothering to optimise their games for the new console. This means the difference in image quality and performance in most major releases to date has been negligible when running these on a PS4 Pro, even when hooking the console to one of those fancy 4K TV sets.

There’s something that could bug users of Sony’s PS4 Pro more now though, as a recent Digital Foundry report shows that not only does Final Fantasy XV not perform so well on the PS4 Pro with the latest patch, but that the game actually runs better on the vanilla PS4 or PS4 Slim.

As reported by Polygon, neither of the game’s two graphical modes (Lite and High) offer now a satisfactory experience on the PS4 Pro. This is because the High mode (which offers a resolution of 1800p) has poor frame-pacing and apparently is jerkier than a trip aboard a steamboat, while the Lite mode (which runs at 1080p) now offers an inconsistent frame rate and hardly ever hits the promised 60 fps. This led Digital Foundry to the ominous conclusion that “at this point, both the Xbox One and standard PlayStation 4 now provide a smoother experience”. 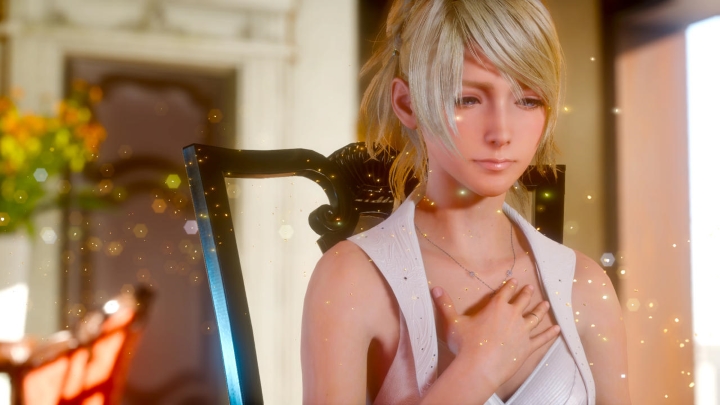 So what to make of this? Is the PS4 Pro actually a waste of money? No, the problem is simply that developers don’t feel inclined to waste time and resources optimizing their games for Sony’s new console, and the reason for this is simple. There are more than 50 million PS4s out there, and likely there are no more than 1 million PS4 Pros in the wild right now according to recent news, so the choice for game creators is simple: just make the game run as nicely as possible on the PS4, and optimize for the PS4 Pro later.

This is why PS4 Pro owners are unlikely to see much better performance or image quality (apart from the fact that the PS4 Pro can’t render true 4K graphics, but that’s another matter), because companies like Square Enix (makers of the great Final Fantasy XV) need to focus their efforts on the console with the largest user base, and right now it’s the non Pro variant of the PS4. After all, who in their right mind would dare leave 50+ million users in the cold? It’s the rule of the majority here.

This doesn’t mean the PS4 Pro is a bad investment though, but it’s likely that most shopping for a Pro are likely to feel disappointed by the lack of a perceivable difference between the standard and Pro versions of PS4 games, even if it surely would be a great thing if PS4 Pro owners did get some properly optimised and great-looking games in the future though.