The FIFA franchise is no doubt one of the most popular and best-known sports video game series in the world, and has delighted European football fans since the first FIFA game came out in the mid-90’s. Some have criticized the FIFA games due to their lack of innovation though, as recent entries have been a bit too similar to each other in the last couple of games.

But still, Electronic Arts’ FIFA games do feature updated teams and player rosters every year (as well as a gameplay innovation or two), letting footie fans control their favourite club teams as well as the world’s top-rated national sides.

And speaking of national teams, many football fans who followed this year’s European Championship may have noticed that one of the best-performing sides in this summer’s tournament, that is, Iceland, is missing from the game. 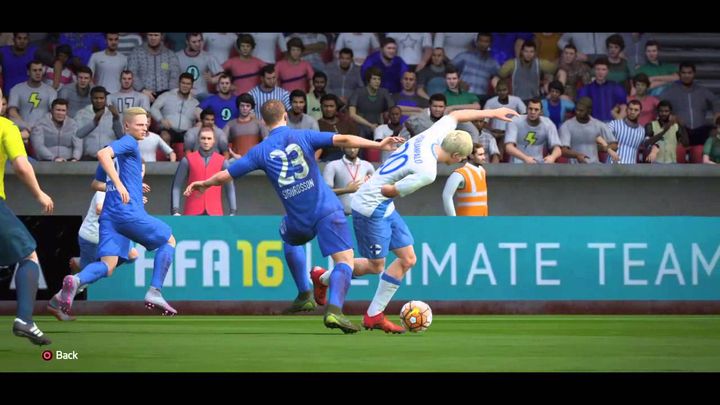 Sadly for Iceland fans, the team won’t feature in FIFA this year.

The Icelandic team has been one of this year’s sensations and managed to reach the quarter finals of the European Championships, with their fans’ “Viking Thunderclap” being one of the most recognizable celebrations of the tournament.

So why is Iceland not in FIFA 17? Surely many FIFA players would like to control this team in international matches in the game, so why its glaring omission from FIFA this year? It’s all about money it seems, as the Icelandic football association (the KSI) felt offended by Electronic Arts’ paltry offer of 15,000 US dollars for the rights to allow the Icelandic team to appear in the game.

Geir Thorsteinsson of the KSI said that “I really feel if we are giving away rights, or offering rights, it has to be proper negotiations and fair fees”, making it clear that they were expecting a bigger sum from EA… And perhaps he’s right taking into account that Iceland managed to knock off top sides like England on its way to the quarter finals.

So we won’t get to play as Iceland in FIFA 17 then, but at least early reviews of the game suggest this is another strong entry in the series which still boasts some of the best players, club sides and international teams of the moment, even if some fans are rightly disappointed with Iceland’s omission this year.

→
Next: Will future Assassin’s Creed games borrow from the movie adaptation?